I took this photograph during my trekking in Himalaya in Sikkim, India, in October 2010. The landscape shows view from Dzongri (3050 m) onto sacred ancient stupa with the mountain on the background. A legend says that first King of Sikkim was visiting this place to pray. The highlight of Dzongri place is magnificent view of the Kanchenjunga Range and the close-up view of the Pandim massif. This is place of visit by Roerich, who painted it in his works and it believed by many to be entry to Shambala. The photograph was taken in the morning, after sunrise, when mountains (majority of them are above 7,000 m high) were covered with semi-transparent clouds, showing mystical peaks behind them. 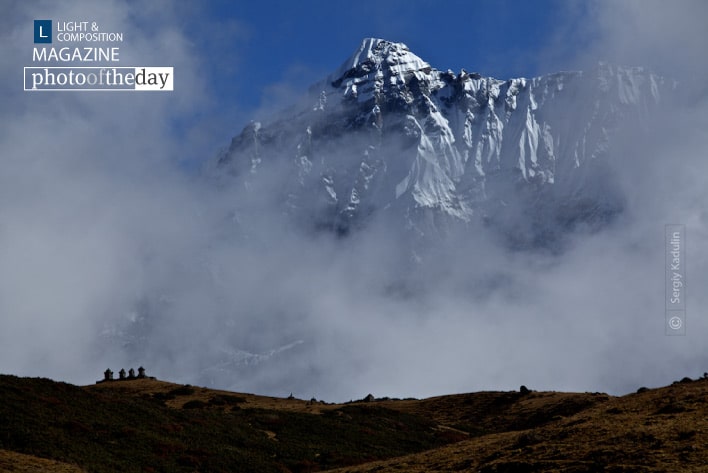 Green-Backed Tit in a Winter Morning by Sarthak Pattanaik