In October 2012 we organized a 3-weeks family travel trip to US, with the route through some of the best National Parks, covering more than 3,500 miles in the west of the country. Grand Canyon definitely left grand impression. We made several stops in the south rim, and in the afternoon took helicopter flight over canyon, to enjoy its greatness. We were leaving Grand Canyon at the sunset, and made last stop. While making few shots I noticed a group of photographers on the edge of the cliff, and decided to take photo of them. So, I walked away to the side, and composed frame to show both depth and scale of this beautiful nature creature. 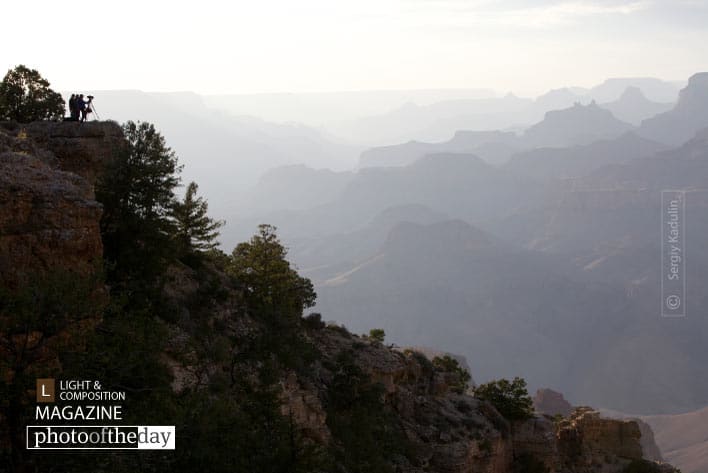 Soldiers by the Gate, by Ryszard Wierzbicki

Tree, Field, and a Sunset, by Darshan Vaishnav