This spot is located on Davis Road near several Geothermal Power Plants that I shoot quite frequently. It is not uncommon to see this field flooded as it is here, or baked dry with cracks in the earth. On this day, along with the great leading lines and geometry of the scene, the reflections caught my eye and with just enough cloud cover to make it interesting. 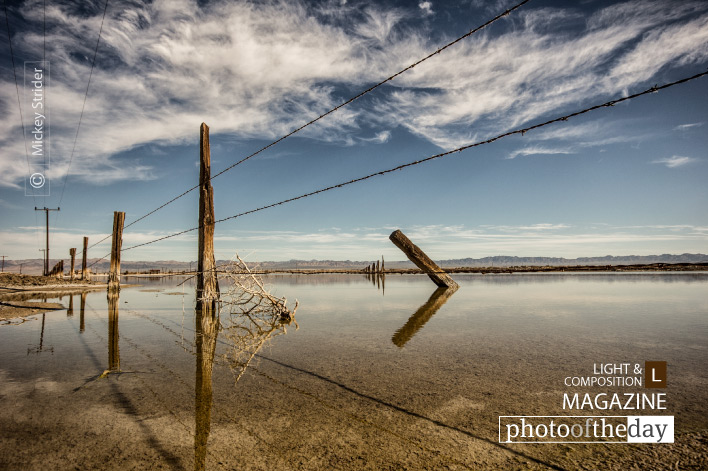 Footprints in the Sand, by Tisha Clinkenbeard

Fingers that Create, by Achintya Guchhait

Thinking at the Sunset, by Nirupam Roy