On my way back to the east coast for Christmas Holiday, I was fortunate enough to have a layover in Detroit. I love the Detroit Metropolitan Wayne County Airport (https://www.detroit-metro-airport.com/), especially one pedestrian tunnel that has an amazing sound and light display. You are immersed in it-a nice diversion while you are traveling. While riding on the moving walkway I had the idea to try a long exposure while resting my camera on the handrail, keeping some parts of the picture somewhat still while capturing the light display and people moving past me. I was very happy with the results and loved the color palette that was being used in the tunnel while I took this shot. 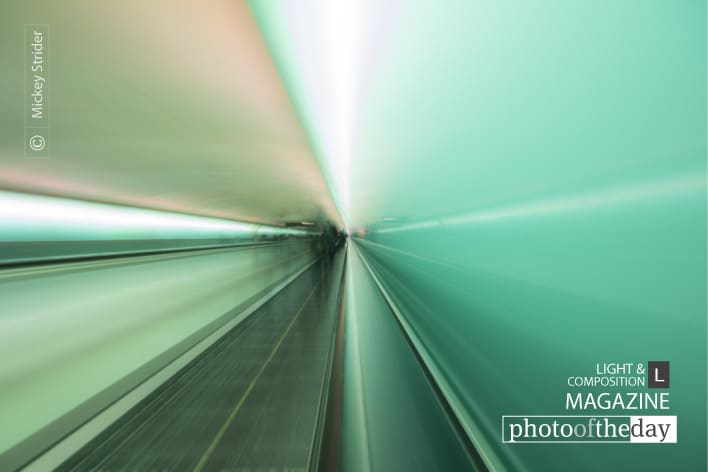 Down the Spiral, by Ali Berrada

As She Looked at Me, by Keith Goldstein
Subscribe
Login
0 Comments
Inline Feedbacks
View all comments
4,215,112