This picture was taken at Lake Namtso, Tibet. I was walking around the place when I suddenly run into these two siblings. I played with them for some time until I realized they were imitating everything I did cause of our language barrier. I grab my camera and shot some photos of them and when developing the film I was blown away by this one: Tibet is “conquered” by China and it’s sort of a taboo there that nobody can talk about, so when the kids where doing this “shsh” sign to me, it was a just a perfect way to express what their country is going through…. an image that says more than 100 words a I write… 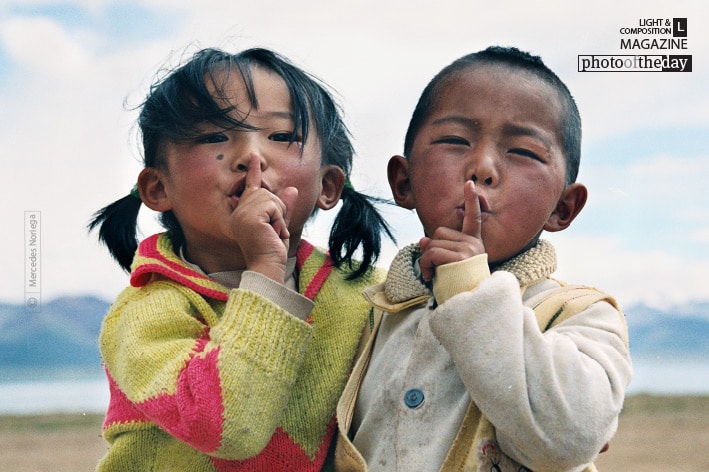 Supplication for Grace, by Karan Zadoo

Notes on the Gaze, by Yousef Deeb

I feel the 2 kids in the photo is presented beautifully and very real. Representing the children’s life.

Excellent picture!
It captures so many things…
So natural, so fresh , so dynamic…
Astonishing!

An Exclusive Interview with Abdellah Azizi
Scroll to top wpDiscuz