This is taken by a compact camera on manual. It was a beautiful August night in Istanbul with full moon at a lucky spot to take pictures. Because I didn’t expect to take any pictures that night, I only had my little compact camera, which I carry around all the time. Later I decided to convert that into black and white as its suited much better. 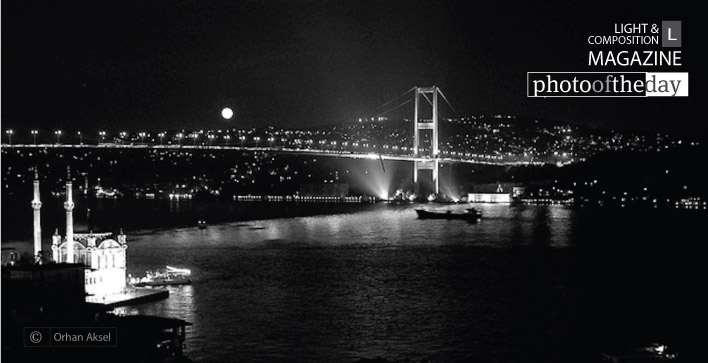 AMAZING/BEAUTIFUL photo. I know i cannot visit these places. so i m greatful that at least i can see the world through ur photos. thank u so much.