I captured this photograph in Masai Mara region of Kenya in August 2010. I used an SB900 with a beamer (Justin-clamped to the jeep) to camera right. It was rather difficult, because I also used a 30-some year old manual zoom lens (Vivitar Series I 70-210mm). So to get the flash spot accurately on the zebra and to manually operate the lens was almost impossible. Finally I asked my friend on the jeep to help me with the flash. 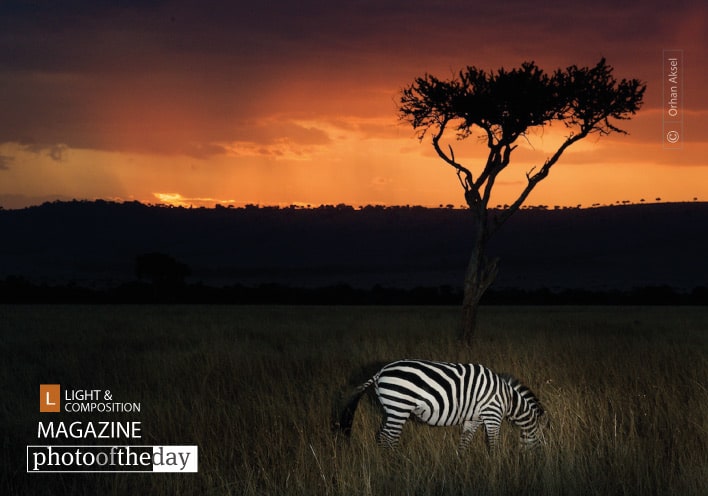 Photographer: Orhan Aksel (Istanbul, Turkey)
Aksel was born in 1961. He is an Industrial and Systems engineer, graduated from University of Florida in ’86 and since then the founder and owner of a high-tech company in Istanbul. He Has been a passionate photography amateur since he was 12, grew up in darkrooms. But recently he decided to step up his photography, hoping that one day he can earn money through this hobby to donate for the education of the needy children of the world. It is still a hobby to him, but just became a philanthropic one. Eventually he wants to shift his carrier more to this direction.

Snacks at Lalbagh, By Ruben Alexander

Some Birds are Not Meant to be Caged by Dipsankar Saha