During the partition of 1947, some 125 families migrated to Parbatipur of Rajshahi district, and to various areas of Old Dhaka, Becharam Deuri, Kazi Alauddin Road, Kaiktuli, Tanti Bazar, Doyaganj and Gandaria from Benaras in India. They brought along with them their skills of weaving the famous benarasi sari. After independence of Bangladesh, the artisans who were in Dhaka started to live in the refugee camps of Mirpur, and made their living from weaving saris. Gradually their small handloom industry began to expand, and so did the production. Sari making in Mirpur gradually grew into big industry from what was initially cottage industry. Towards the late nineties, a big market also grew up alongside the sari-making units in Mirpur. This is now known as the Benarasi Palli. Though the craft of making Benarasi sari was brought in by non-Bengalis, but they are the ones who knew this craft. Gradually the number of Bengali artisans has also risen, and at present the number of Bengali artisans is almost equal to those of non-Bengalis. 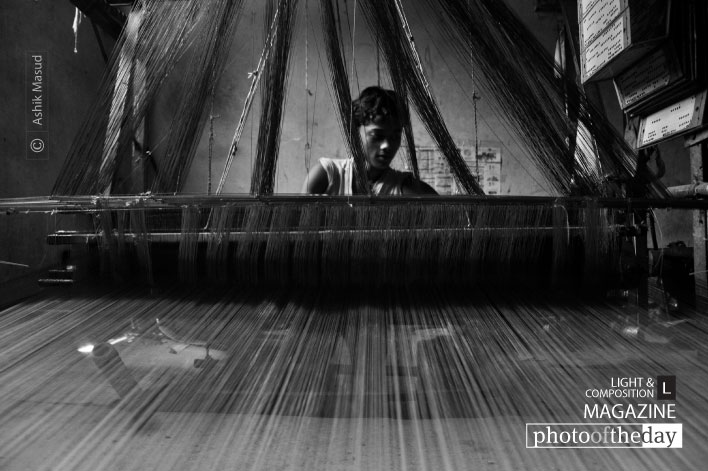 The Thrill, by Riasat Rakin