Sahadah ( الشهادة aš-šahādah ) is the 1st pillar of Islam. It is the declaration from a Muslim – ”There is no deity except Allah (SWT) and Muhammad (PBUH) is the messenger of Allah.” In the photograph, the text in Arabic declares the entering of that life where one totally submits to the wills to Allah. However, the signs of crescent moon and star do not represent Islam, as the messenger of Allah – Mohammad (PBUH) never used these signs in his lifetime. Looking back into the history, it wasn’t until the Ottoman Empire that the crescent moon and star became affiliated with the Muslim world. When the Turks conquered Constantinople (Istanbul) in 1453, they adopted the city’s existing flag and symbol. The faith of Islam has no symbol, and these crescent moon and star are essentially some ancient pagan icons. Instead of using these pagan signs, a Muslim should understand the true meaning of Sahadah, and work hard for not swaying away from the straight path. While looking into the life of this world one should realize that the alternation of the night and the day, this universe, and every creation between the heaven and the earth are the real signs from Allah for those who do reasoning. 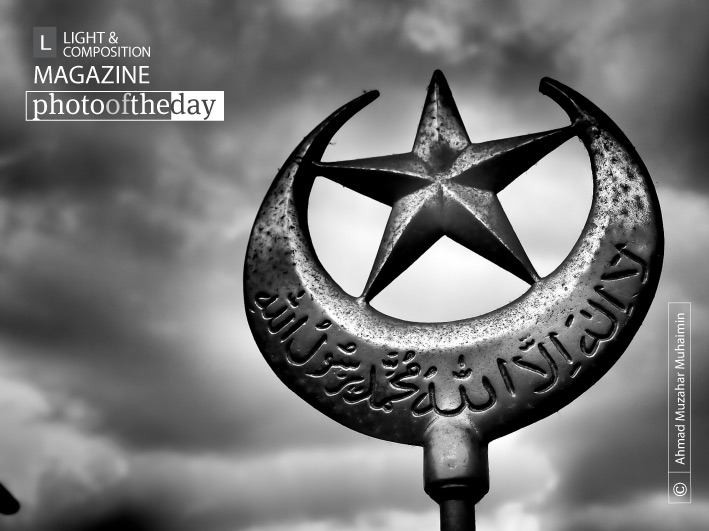 Photographer: Ahmad Jaa (Kuala Lumpur, Malaysia)
Ahmad Jaa is an ordinary person who enjoys photography. He is not a pro and his works never been published or exhibited anywhere before. He shoots what he likes and what interest him. He loves chocolates. Just that only recently, sometime early this year he started to enjoy more and thus shooting more and more. The joy and fun in photography to his is the most important thing. Without the fun factor, photography will not be a fun thing and a happy hobby. With fun, one will be happy and enjoying them and this will keep them moving forward. He will keep on improving, experimenting and shooting and hopefully will be a better photographer.

The Old Man, by Thomas Lianos

Working at Height by Aleksey Kogan