I was watching the eyes of the zebra through my camera and I was amazed when I realized how beautiful was the black and white contrast of his stripes. It’s so simple and so special. 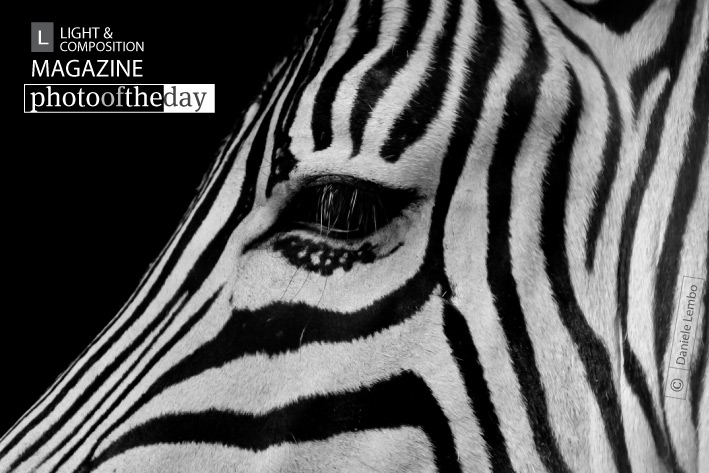 Photographer: Daniele Lembo (Rome, Italy)
Daniele Lembo lives in Rome, Italy, the most beautiful and chaotic city of the world. His passion for photography has given him the opportunity to express his way of seeing things and has allowed him to show others his vision of the world. As a child, he saw his father take pictures with his camera and he thought that one day he too would have one of his own. He received his first camera as a gift and discovered a strong passion and talent for photography. Since that day he has done nothing but take photographs in his spare time. Over the years Daniele has studied the theory of photography. He has applied what he has learned while developing his own expressive style. Obviously, when he thinks he has found his way, he notices that there is still so much more to discover.

A Little Friend by Kirsten Bruening

Valley of Grace, by Laria Saunders
Scroll to top wpDiscuz