Even though Blue Tailed Bee-Eater is rear in Bangladesh, but it breeds here in sub-tropical open country, such as rice fields, or near large waterbodies. I photographed this in Munsigang, a district in central Bangladesh. 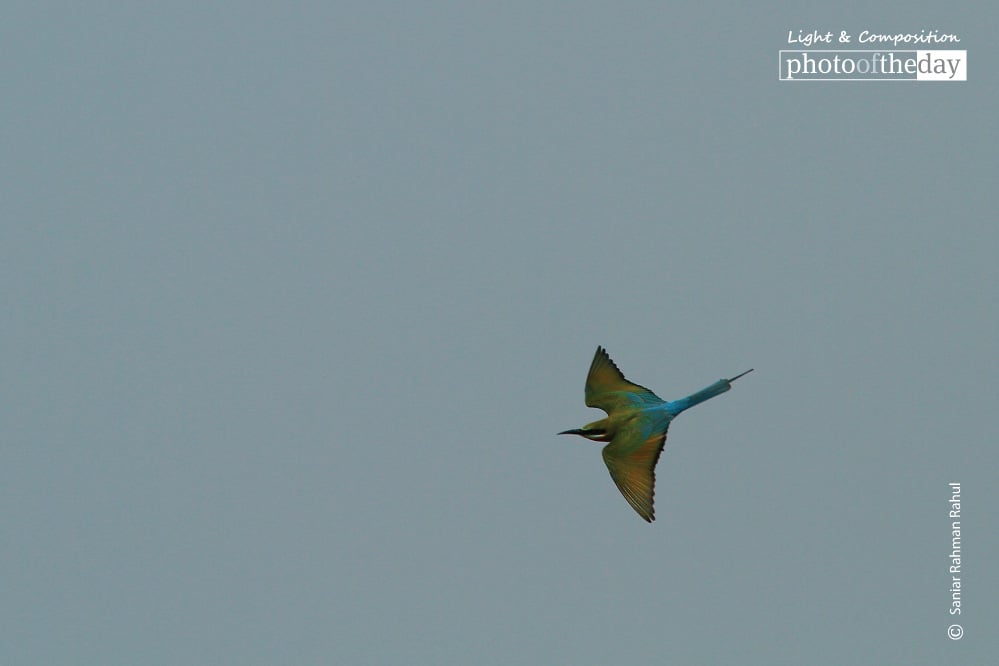