This photograph of Female Plumbeous Water Redstart was taken in Thimphu, Bhutan. These birds prefer to stay in a place which has fast moving streams with stones, especially streams with higher populations of insects. Seeing this bird fascinated me to take its photograph as it is rear to my county. I went to Bhutan for the Bhutan-Bangladesh Birding and Photo Exhibition, and didn’t miss the opportunity to take some bird photographs from Bhutan. 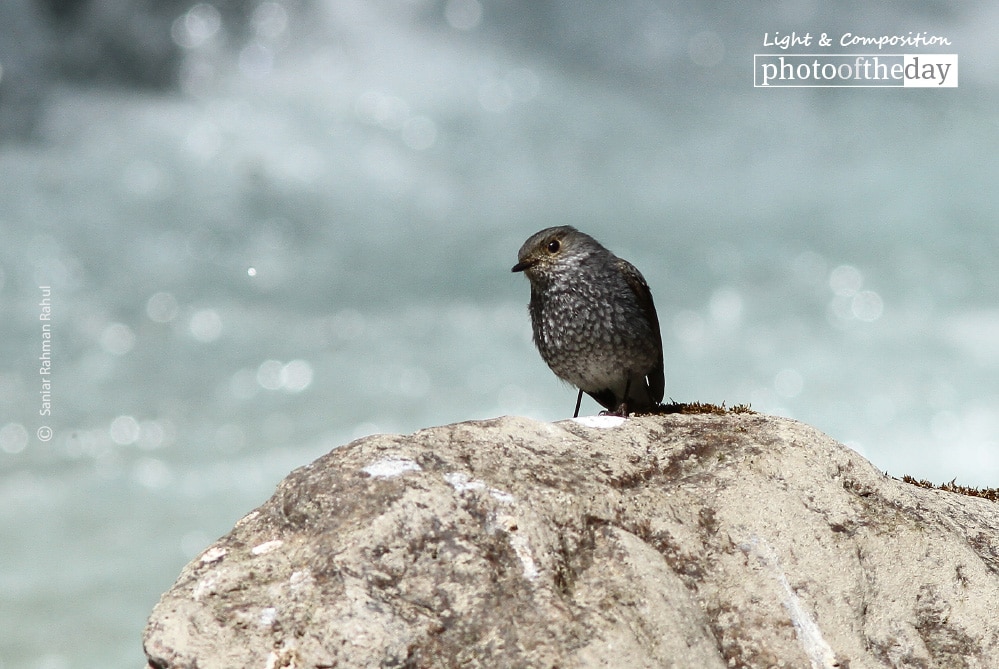