Taken at Jahangirnagar University, one of the well-known places for watching migratory birds in Bangladesh, the greater painted-snipe is a species of wader in the family Rostratulidae. It is found in marshes in Africa, Nepal, Bangladesh, India, Pakistan, and South-east Asia. They are medium-sized, plump wading bird, have long reddish-brown bill, slightly decurved at tip, and distinct white or pinkish eye patch. You may also notice rounded, buff-spotted wings and short tail; white of breast extends up around top of folded wing. 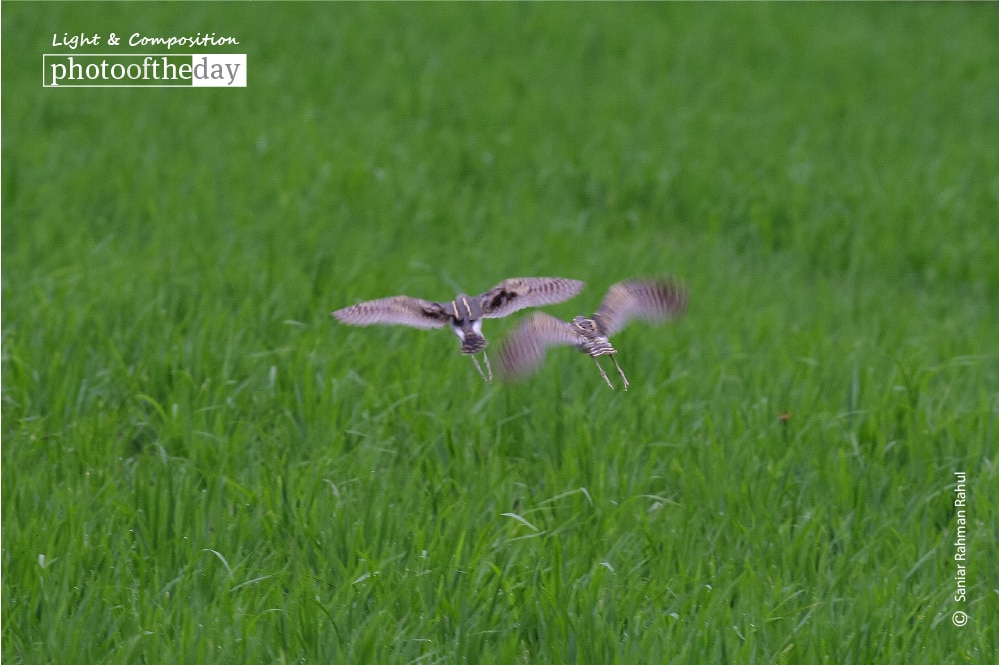