Taken at Muhuri Dam, a scenic spot near the estuary of the Bay of Bengal, this little cormorant is a member of the cormorant family of seabirds. It is slightly smaller than the Indian cormorant. You can find their entire body is black in the breeding season, but the plumage is brownish, and the throat has a small whitish patch in the non-breeding season. They breed gregariously in trees, often joining other waterbirds at heronries. 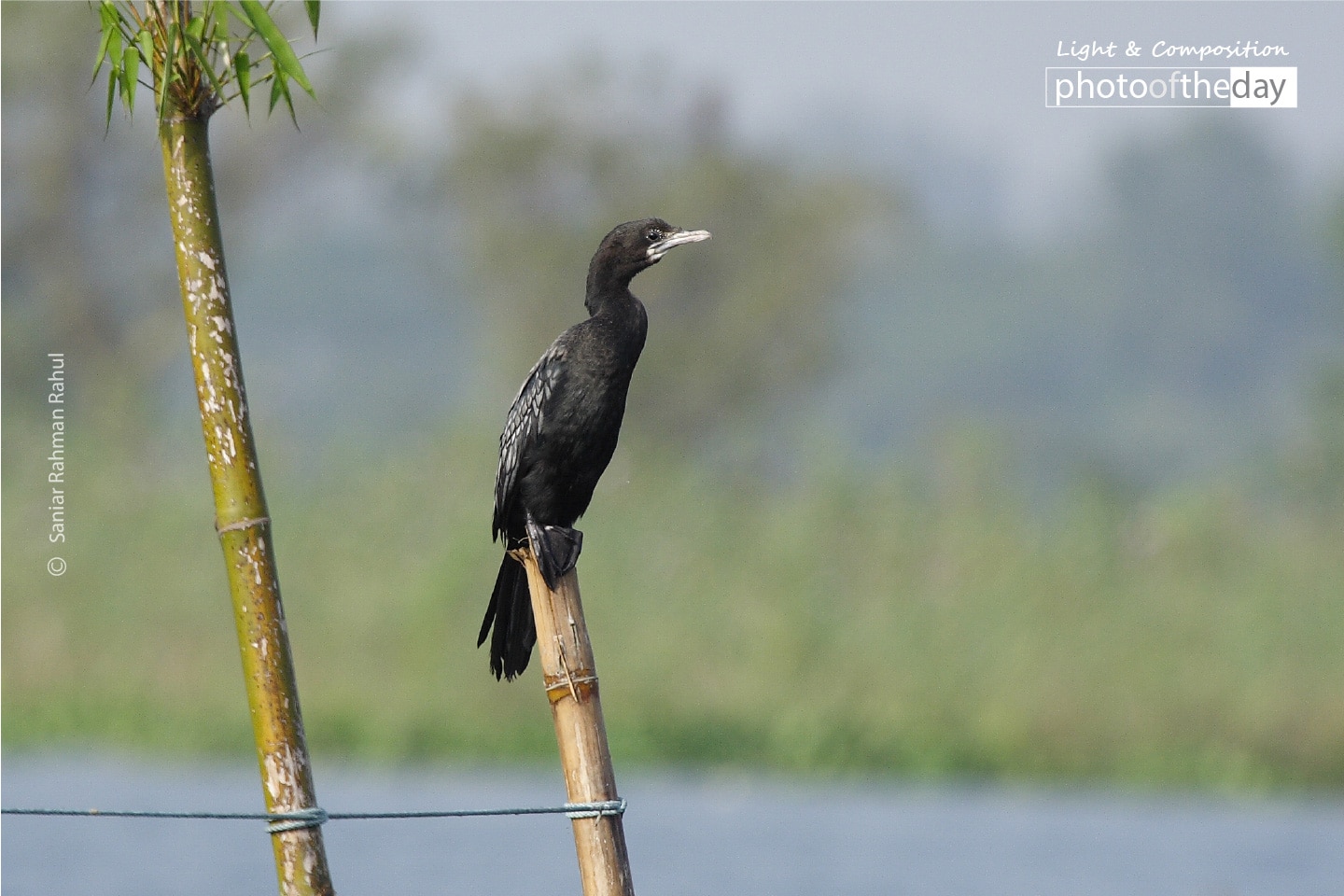