I photographed this Phyllidae at Satchari National Park. They are known as true leaf insects or walking leaves for their most remarkably camouflaged leaf mimics in the whole world. 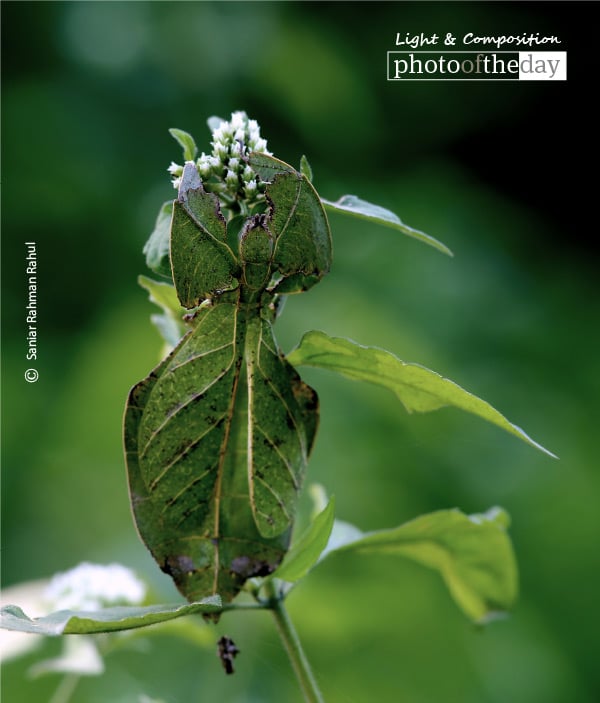