Locally known as Jol Moyur, this is Pheasant-tailed jacana, a jacana in the monotypic genus Hydrophasianus. This photograph was taken at Tanguar Haor, Sunamganj, a unique wetland ecosystem of Bangladesh. Breeding adults of Pheasant-tailed jacana are mainly black other than white wings, head, and fore neck. The hind neck is golden. There is a striking white eye stripe. Non-breeding adults lack the long tail. 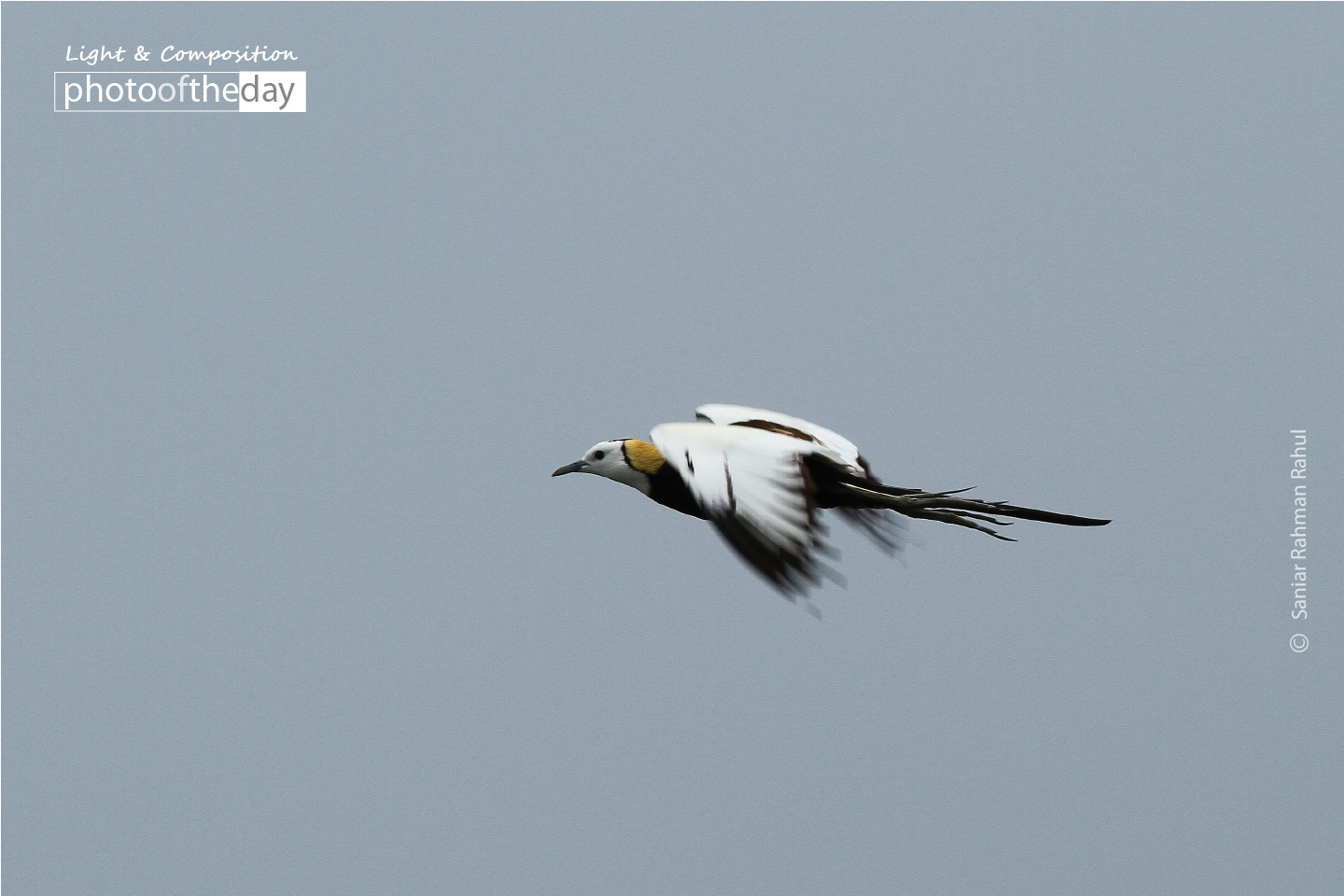 The One by Nahid Hassan

Sanctuary, by Ng You Way
Scroll to top wpDiscuz