Taken at Rajshahi, Bangladesh, the white-tailed stonechat is a species of bird in the family Muscicapidae, found mostly in Bangladesh, India, Myanmar, Nepal, and Pakistan. The male has black head, white collar and bright rufous chest patch. The back and wings are dark, with white on wing coverts and rump. The key differentiating feature from male common stonechat is the white inner webs of outer tail feathers which is visible when the bird spreads the tail in flight or while landing. 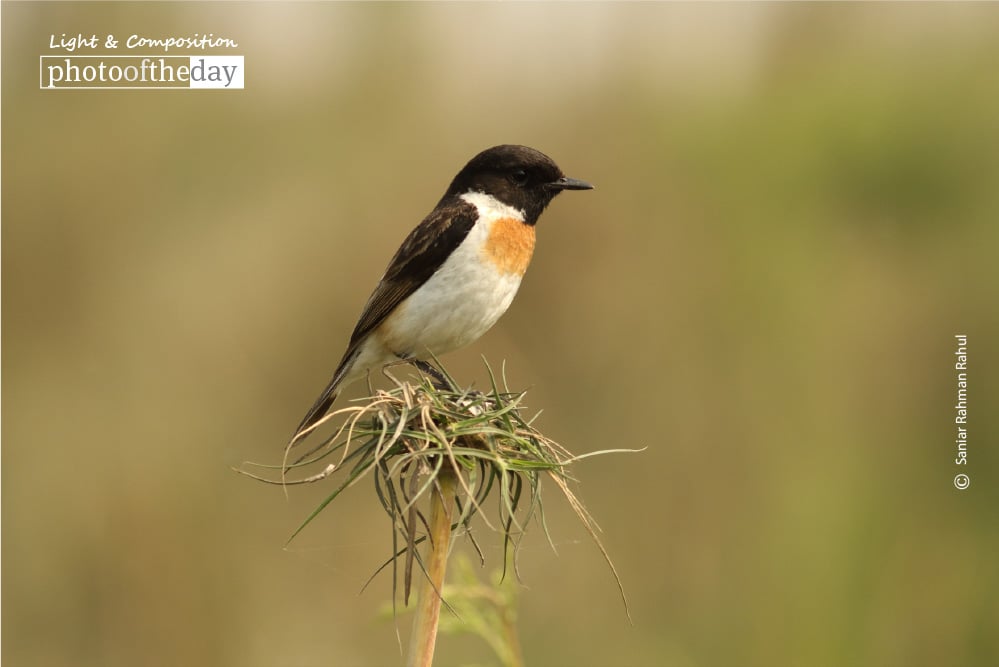 Made for Each Other, by Masudur Rahman

Birds on the River by Zahra Vatan Parast