Whilst in Jaipur, I visited the magnificent Amber Fort with its many extensive palace complex. We spotted a floor sweeper and asked if she could pose at this window lattice. This is one of the unguarded moments that I just love. 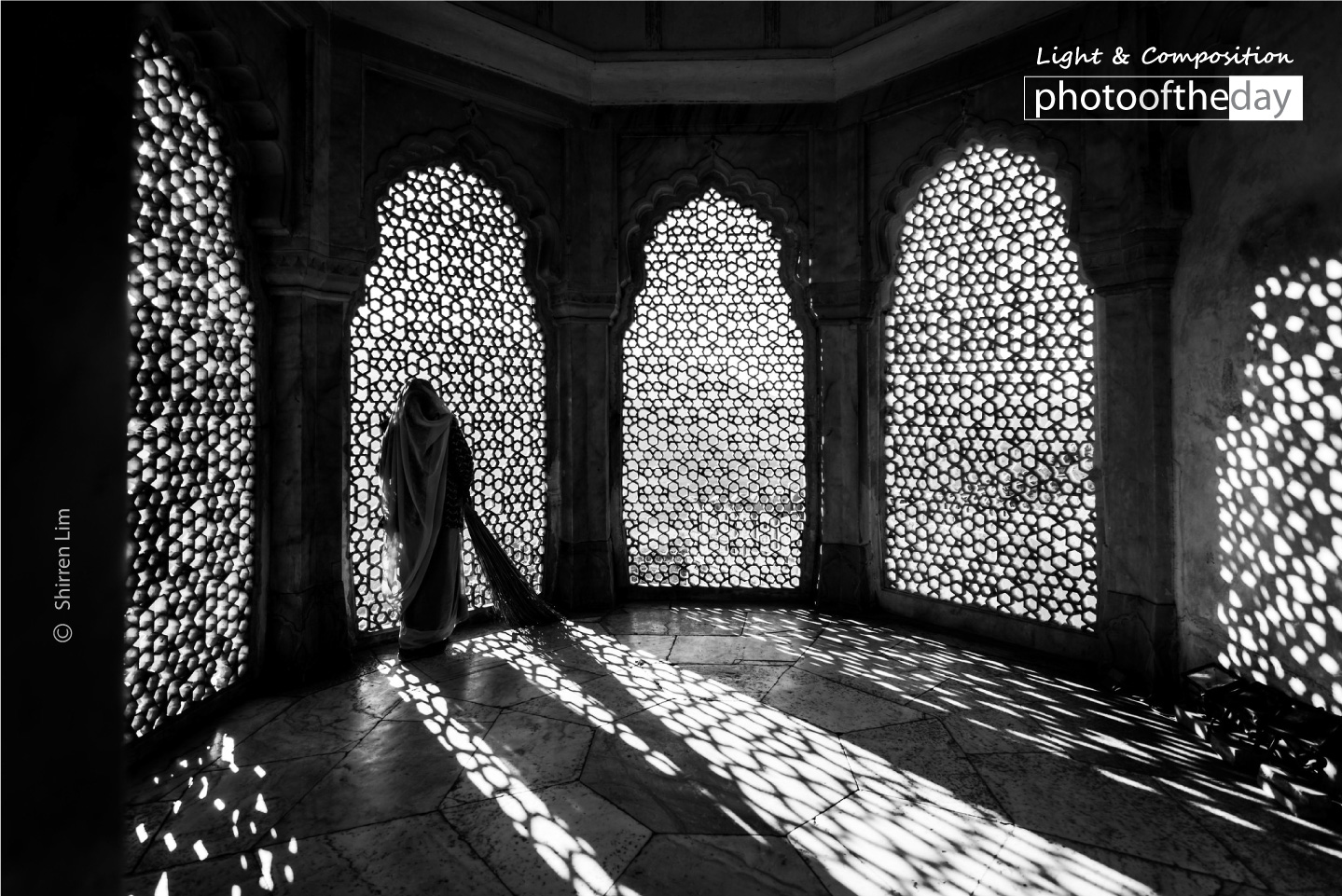 Riding in the Rain, by Siew Bee Lim

A Boatman at Lake Songkhla by Siew Bee Lim

A Man from the Street of Varanasi, by Ryszard Wierzbicki