Urban exploration is one of my favorite subject and as I saw those post boxes I couldn’t resist and I composed this image. I like the three dominant colors, and the spider web all around them. 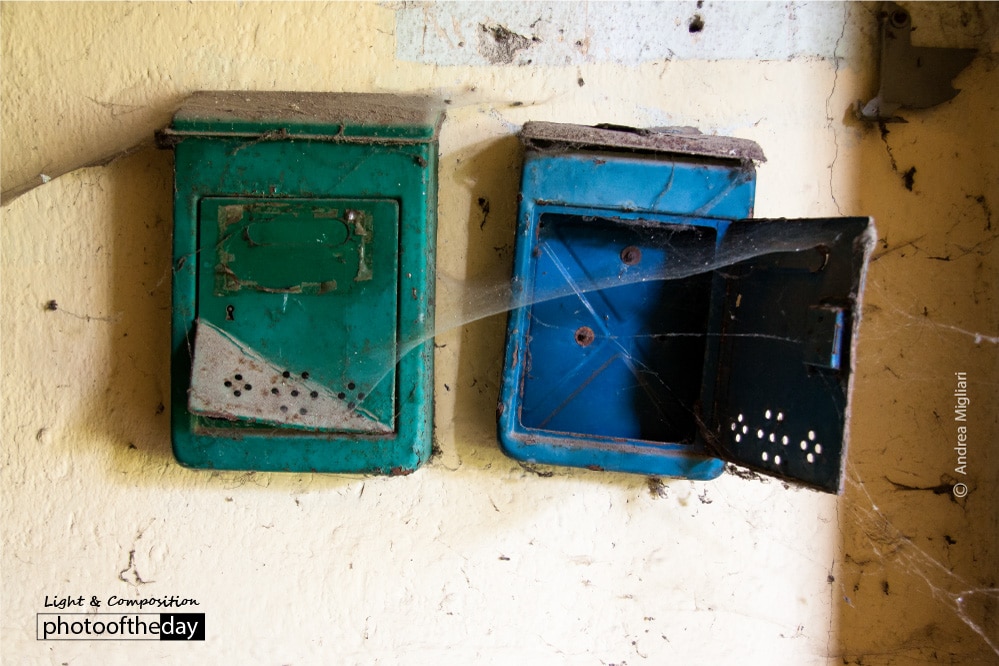 The Solitude by Stefania Primicerio

Without Judgment, by Faisal Khan

A Nun in the City by Stefania Primicerio

The Railway, by Siew Bee Lim
Scroll to top wpDiscuz