Taken at Pashuar Haor, Sunamganj, this great thick-knee is a large wader, which is a resident breeder in tropical southern Asia from India, Pakistan, Sri Lanka, Bangladesh into South-east Asia. They prefer gravel banks along rivers or large lakes, and also beaches, and eat crabs, large insects, and other animal prey. 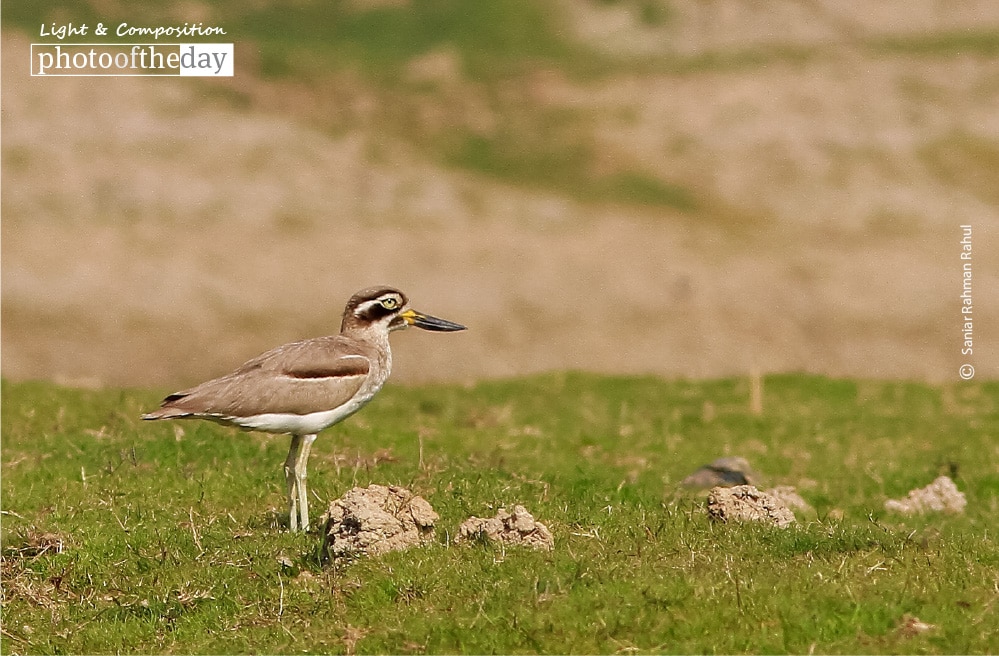 The Poser, by Anish Kharkar