Taken at Kaptai National Park, in the district of Rangamati, Bangladesh, the Greater Racket-tailed Drongo is a medium-sized Asian bird which is distinctive in having elongated outer tail feathers with webbing restricted to the tips. You can find them attracting attention with a wide range of loud calls that include perfect imitations of many other birds. 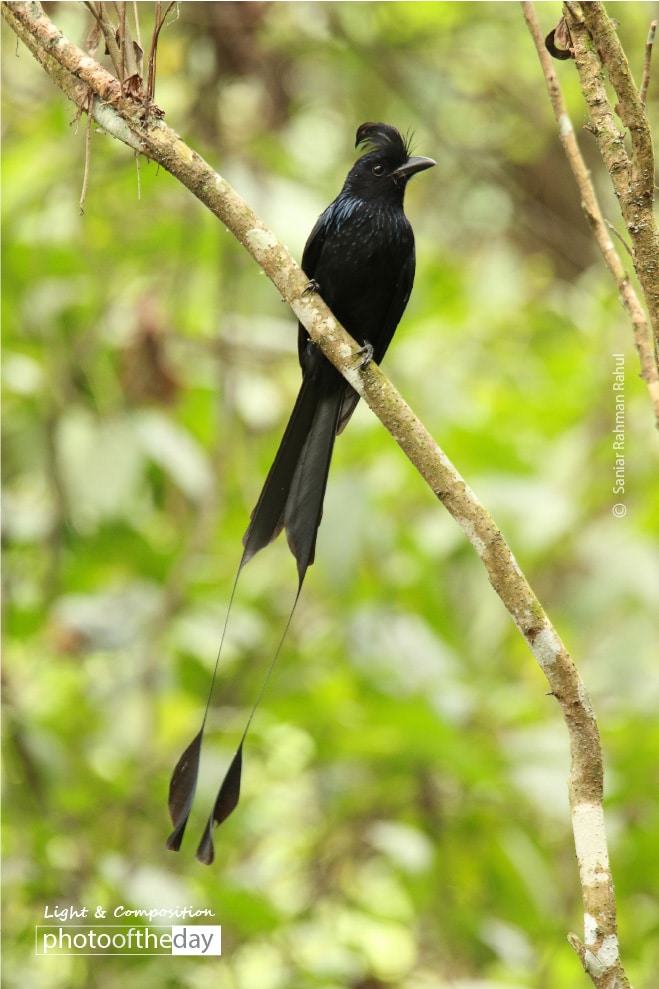