Taken at a newly raised land on the river Padma in Rajshahi, Bangladesh, the long-legged buzzard is a bird of prey in the Buteo genus. It is similar in appearance to the rough-legged buzzard, but it is larger and more robust. It inhabits dry open plains of northern Africa, southeastern Europe, west and central Asia east to China, and across central India. 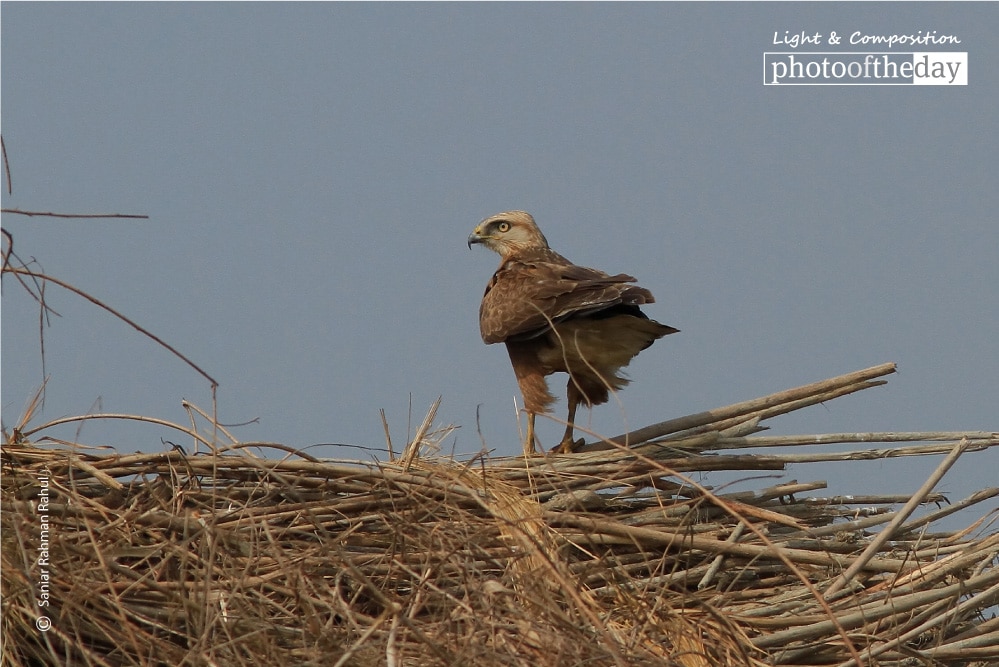