Taken at Kapasia, an Upazila of Gazipur District in the Division of Dhaka, this Pitta brachyuran is a passerine bird native to the Indian subcontinent. Also known as Indian pitta, this is a small stubby-tailed bird that is mostly seen on the floor of forests or under dense undergrowth, foraging on insects in leaf litter. It has long, strong legs, a very short tail and stout bill, with a buff colored crown stripe, black coronal stripes, a thick black eye stripe and white throat and neck. 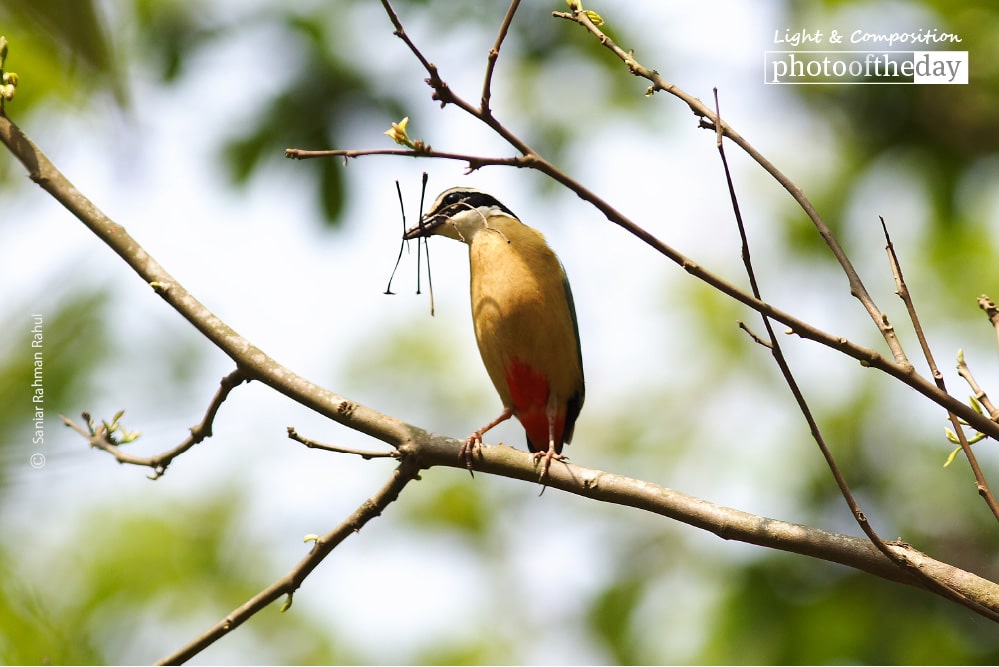 Cheetah’s on the Lookout, by Bashar Alaeddin

A Fisherman with His Colored Hat, by Ryszard Wierzbicki
Scroll to top wpDiscuz