In one early winter morning, nine of us went to Ekuria, a place not that far from the capital Dhaka to photograph Siberian Ruby Throat. After reaching there when we started to take preparation, I saw these baby Indian Silverbills just few feet away from me. Surprisingly, none of them were afraid of my present and moments later their parents joined and feed them while I was busy taking their photographs. 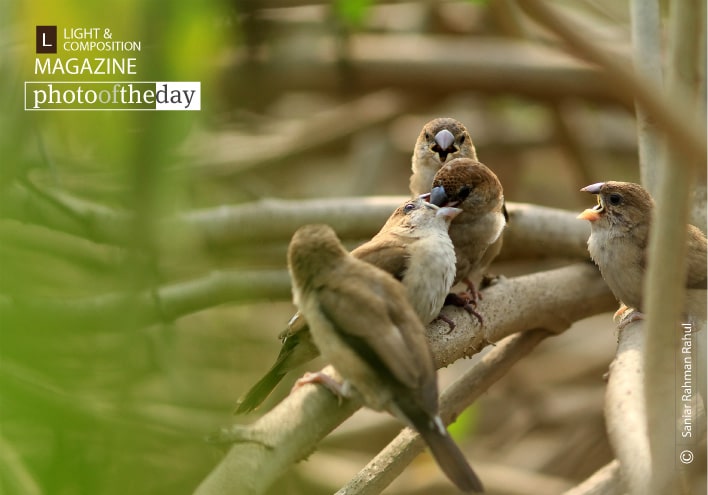