This is the White-rumped Vulture, an Old World vulture, which is possibly the most abundant large bird of prey in the world and often considered a nuisance, but is now rare, as they declined rapidly in numbers, up to 99.9% between 1992 and 2007. I took this photograph in Sreemangal, from Lawachara National Park. 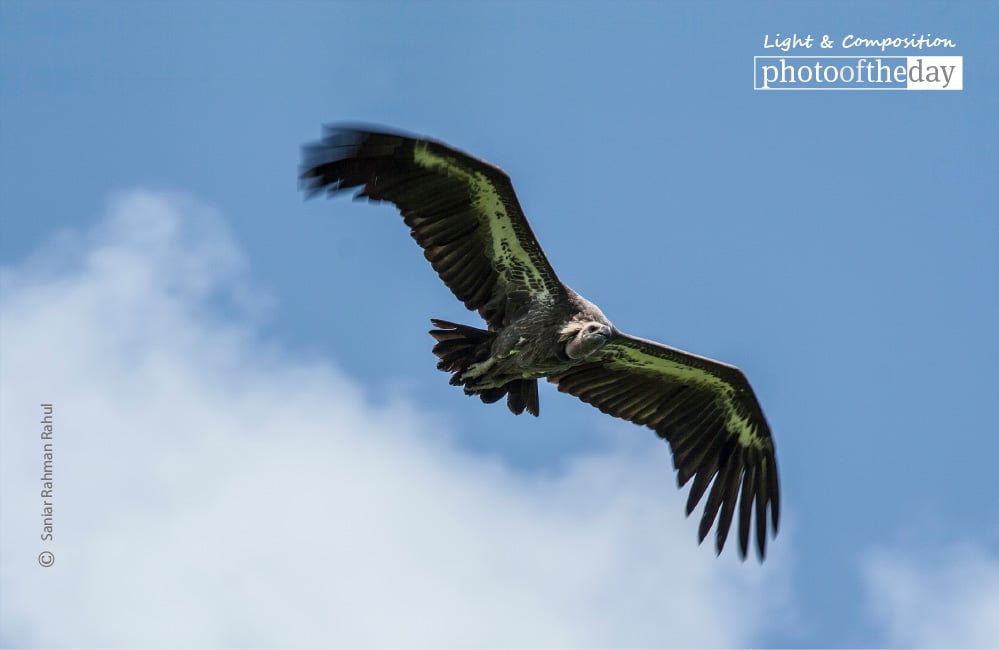 Watching You, Watching Me, by Victor Howard