I was traveling by local bus over the mountains in Peru around June of 1997. Our bus had a flat and came quite close to going off the mountain. Everyone on the bus was asked to get out while the tire was being changed. This boy seemed to be entertained by the whole thing!. 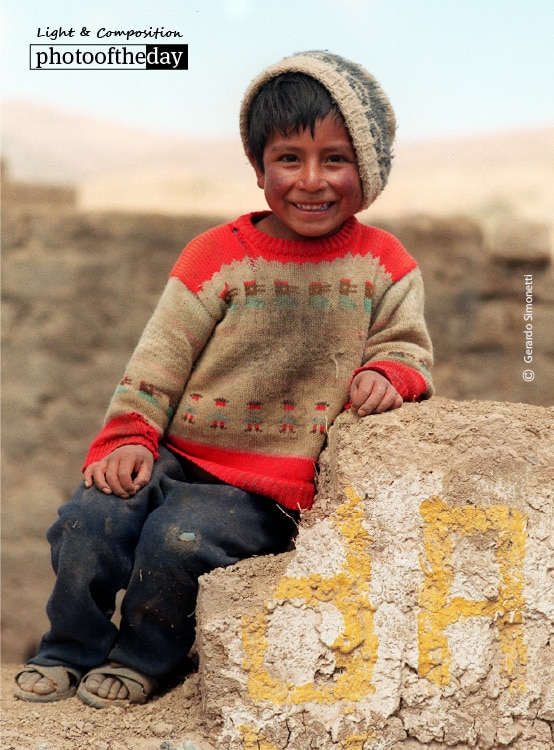 The Hunter, by Sean Lowcay

A Penny for Your Thoughts, by Jana Z