Each spring, Saxony’s hills turn into yellow and green stripes. Rapeseed is becoming more widespread, since it is used for the production of biofuel. Energy crops have been increasing areas of land which has been formerly used for growing food – a practice which in the meantime has become very controversial. 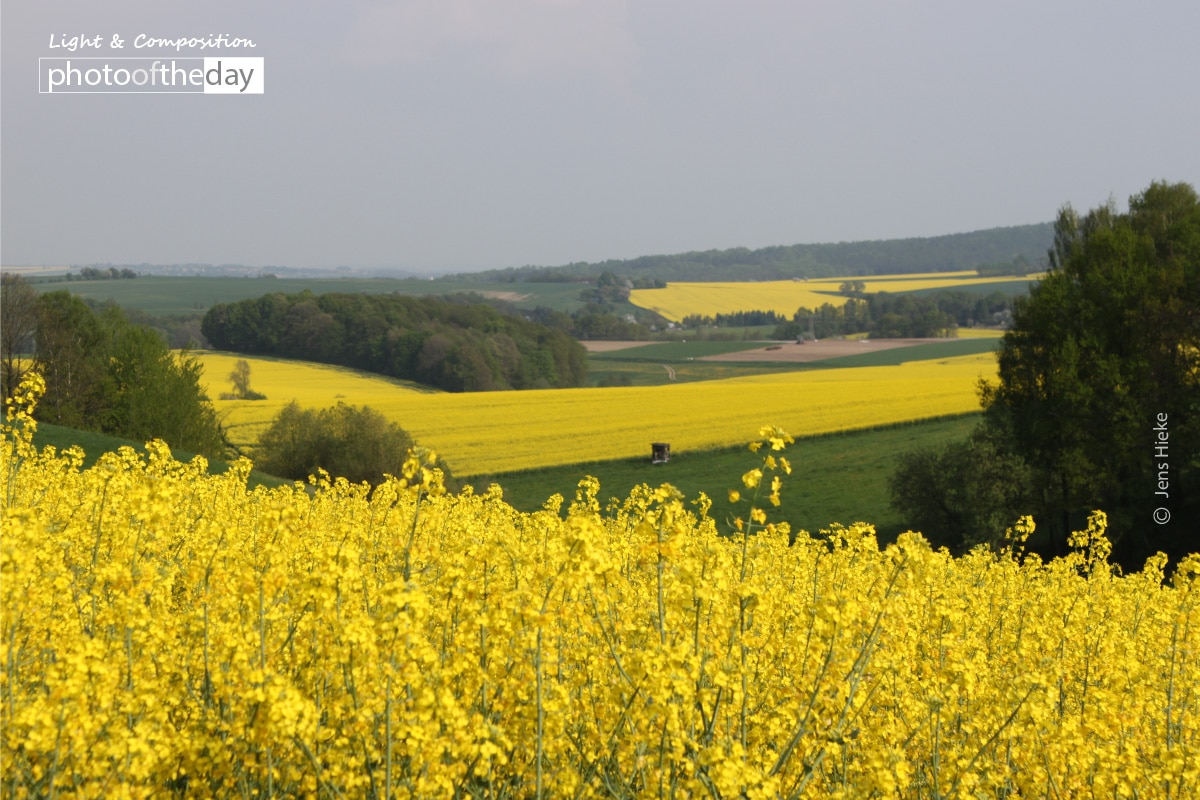 Color of Momiji, by Madoka Hori