Las Vegas never sleeps. The city is full of lights and active night life. I made this photograph from the roof of the restaurant of our hotel. It was my first visit to Las Vegas, and of course, I was impressed with the city in the middle of Nevada desert. At night it is especially attractive – with all possible colours you can imagine, streets full of music performance, crowds of tourists from all countries of the world. I used tripod for long exposure and wide lenses to take this photograph. 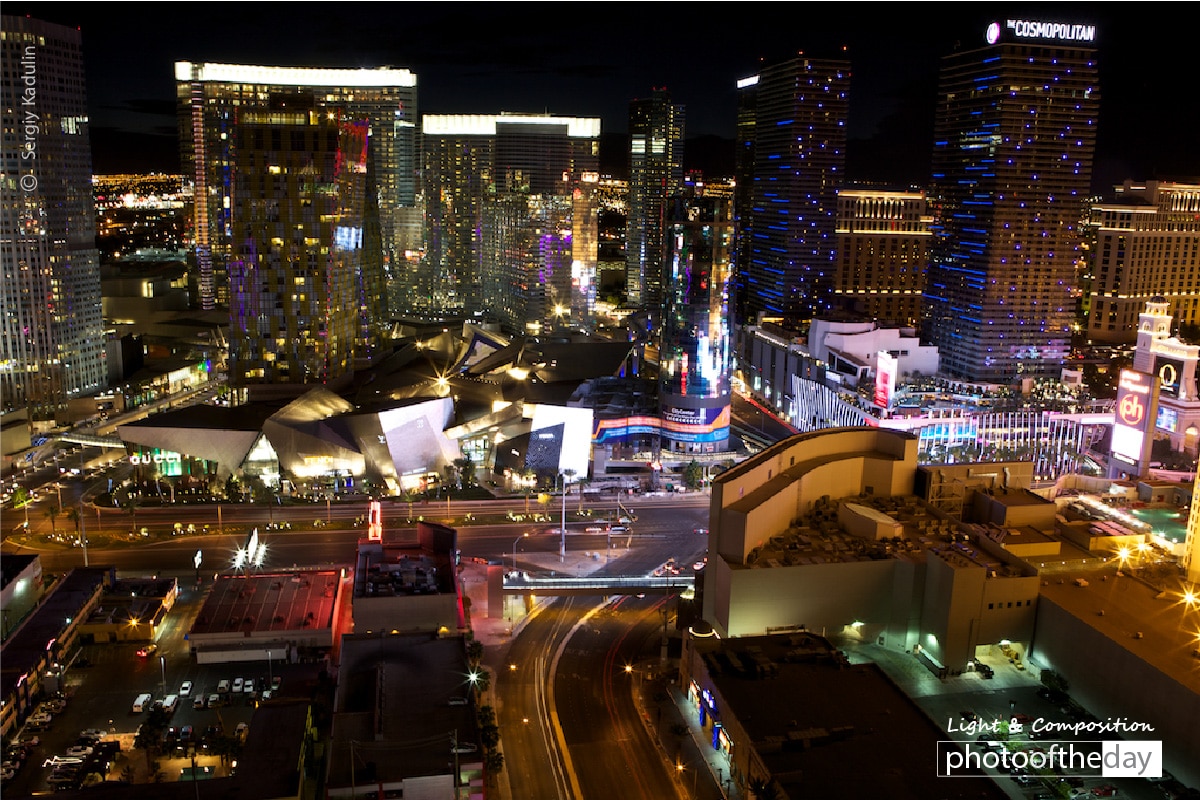 Ladybug and a Daisy, by Tisha Clinkenbeard

From the Back of the Bike, by Tisha Clinkenbeard
Subscribe
Login
1 Comment
Newest
Oldest Most Voted
Inline Feedbacks
View all comments

Nice, but this isn’t Downtown Las Vegas. This is CityCenter at the south end of the Strip… About 6 miles from downtown and technically not even in Las Vegas.