I was at the Shwesandaw Pagoda in Bagan, Myanmar visiting the pagoda sometime in the late afternoon. There were hordes of tourists swarming the area. I decided to hang back and took my time to observe the scene. Soon enough, a group of young monks arrived and started long climb up the stairs. I took it would make a nice picture, but I don’t think I did the picture enough justice. 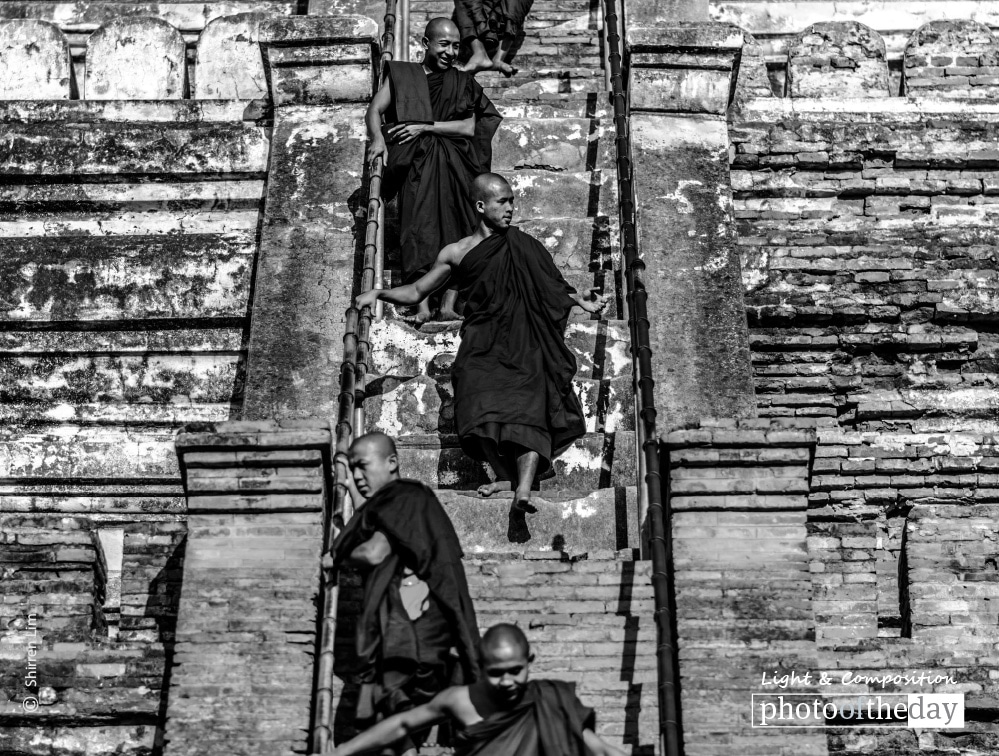 Building a Room, by Jabbar Jamil

The Other Novice Monk, by Shirren Lim

Their Shadows, by Abdellah Azizi