Taken at Kaptai National Park, in the district of Rangamati, Bangladesh, this male Dark Necked Tailorbird is one of its natural habitats. They are mostly found in subtropical or tropical moist lowland forests and subtropical or tropical mangrove forests of Bangladesh, Brunei, Cambodia, China, India, Indonesia, Laos, Malaysia, Myanmar, Singapore, Thailand, and Vietnam. 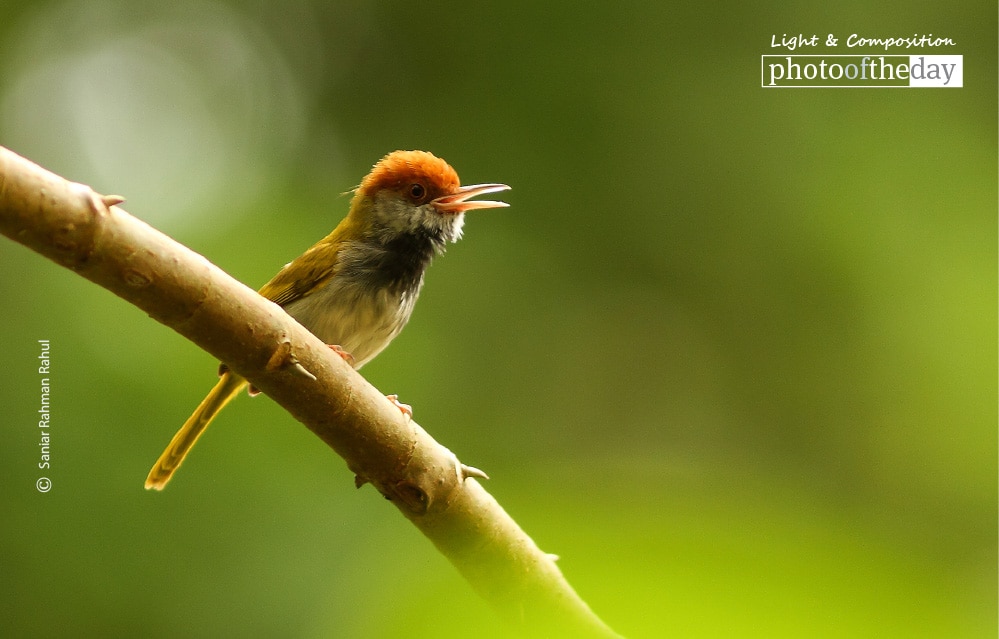 On a Collecting Day, by Shahnaz Parvin

Chickadee in the Fall, by Tisha Clinkenbeard

The Barn Swallow, by Masudur Rahman