Taken at Satchari National Park, Habiganj District, Bangladesh, this Ruby-cheeked Sunbird is a common forest bird from the Nectariniidae family. It was the month of May, and sunlight was really harsh that time of the day. This bird was looking towards the light through the trees, as if it was pleading for rain or a cooler weather. 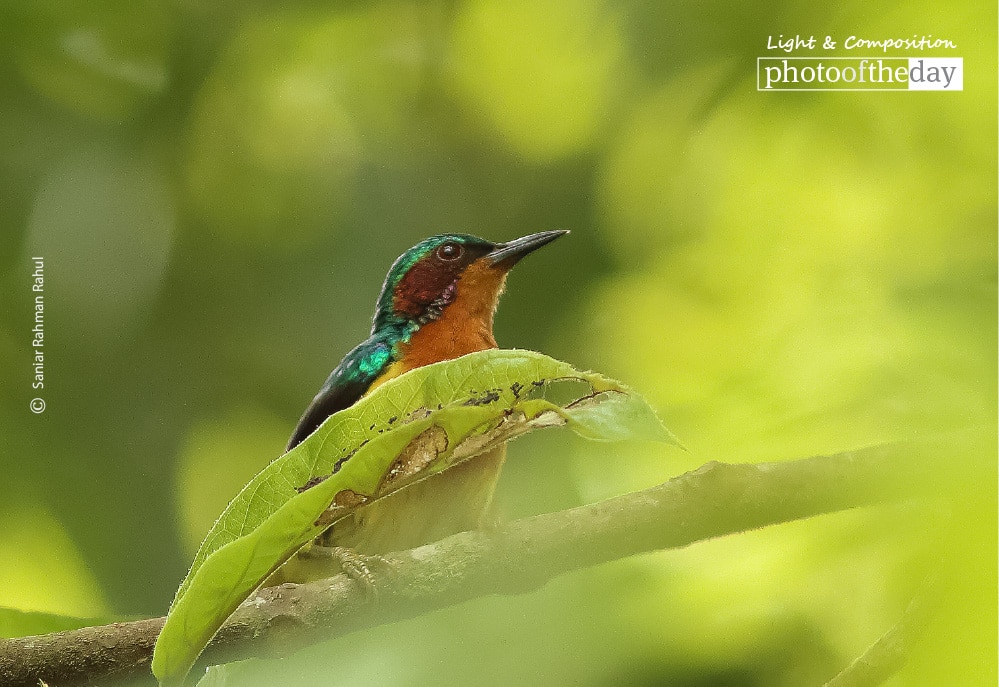 Green-Backed Tit in a Winter Morning by Sarthak Pattanaik

Subscribe Now
A Man in Varanasi, by Kristian Bertel