Taken at Tanguar Haor, Sunamganj, a unique wetland ecosystem of Bangladesh, these are cattle egrets, a cosmopolitan species of heron found in the tropics, subtropics and warm temperate zones. They nest in colonies, usually near bodies of water and often with other wading birds. Their feeding habitats include seasonally inundated grasslands, pastures, farmlands, wetlands and rice paddies. They often accompany cattle or other large mammals, catching insect and small vertebrate prey disturbed by these animals. 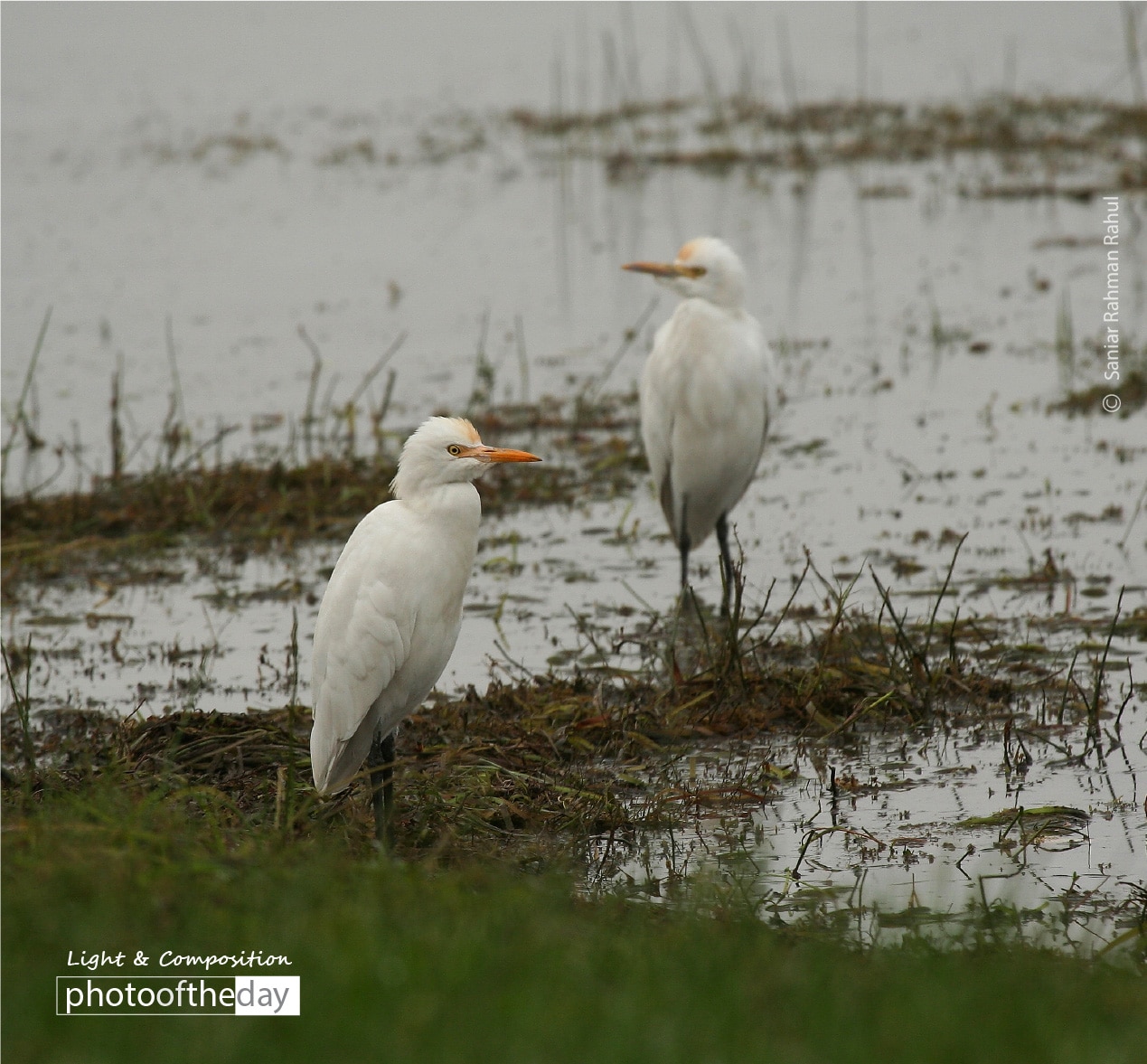