Taken at Sundarbans, the largest single block of tidal halophytic mangrove forest in the world, in April 2015, this Crimson Sunbird is a species of bird in the sunbird family which feed largely on nectar as well as insects. They are a resident breeder in tropical southern Asia from India to Philippines, in forest and in cultivated areas. 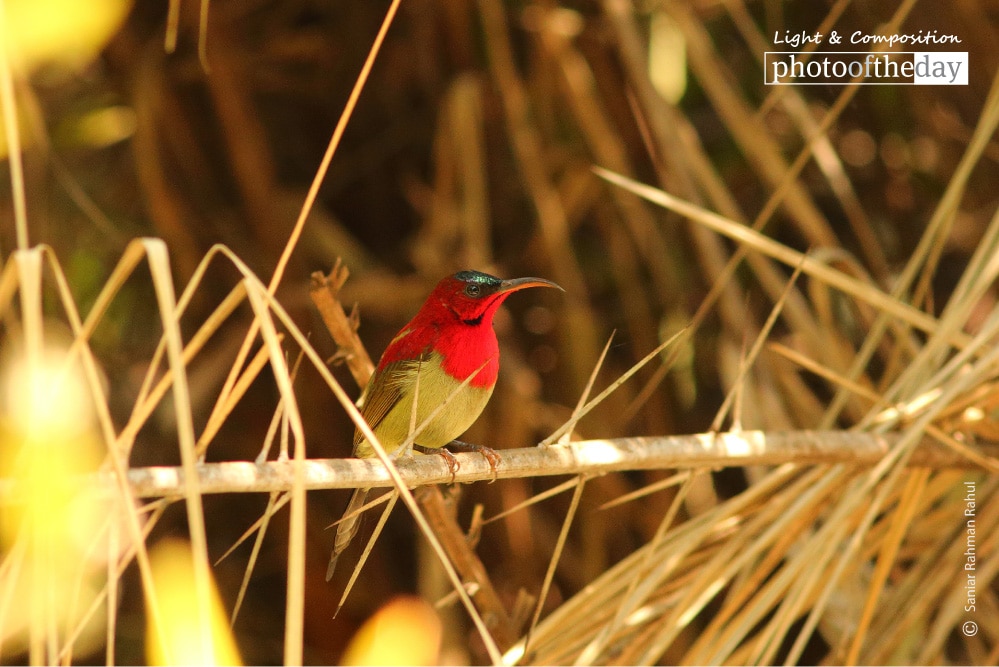 Subscribe Now
For Whom the Bell Tolls, by Shirren Lim