I took this photo while at the Trongsa Festival in Bhutan back in 2012. I wanted to capture some of the audiences’ expression as they watched the festival. I waited until these four monks showed up in one of the top windows and started taking a few shots of them framed by the beautiful old window. 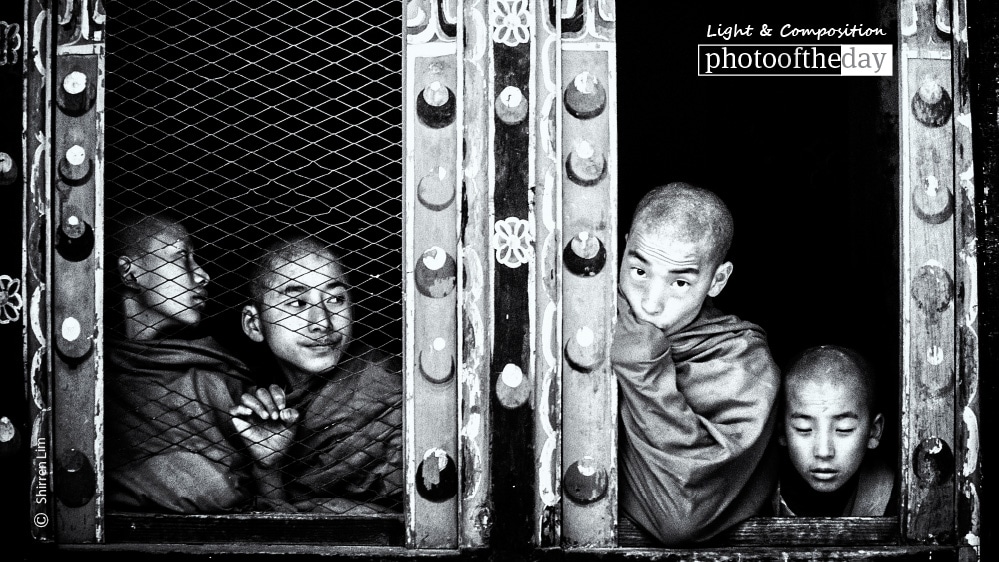 Shirren Lim is my favorite photographer. Her sensitivity and eye for ‘Catching the moment’ is unique. Therefore all her photos are remarkable and showing the stories behind. The one above reminds me the same photographic experience I had in a wooden monastery by Inle Lake in Myanmar. I am really touched by the emotions shown in this photo seen on the novice monks faces. It is a mixture of young energy and boredom of the situation of being isolated from the world.

A Rower at the Floating Village, by Ryszard Wierzbicki
Scroll to top wpDiscuz