Whilst in Jaipur, I visited khun meena pamid stepwell. We asked whether we could get a few ladies to go and up the stepwell as we had this idea of taking photographs of them with pots in hand. We arrived at the predetermined just after sunrise. We were only given 10 mins to make this shot. This is one of my favourites. 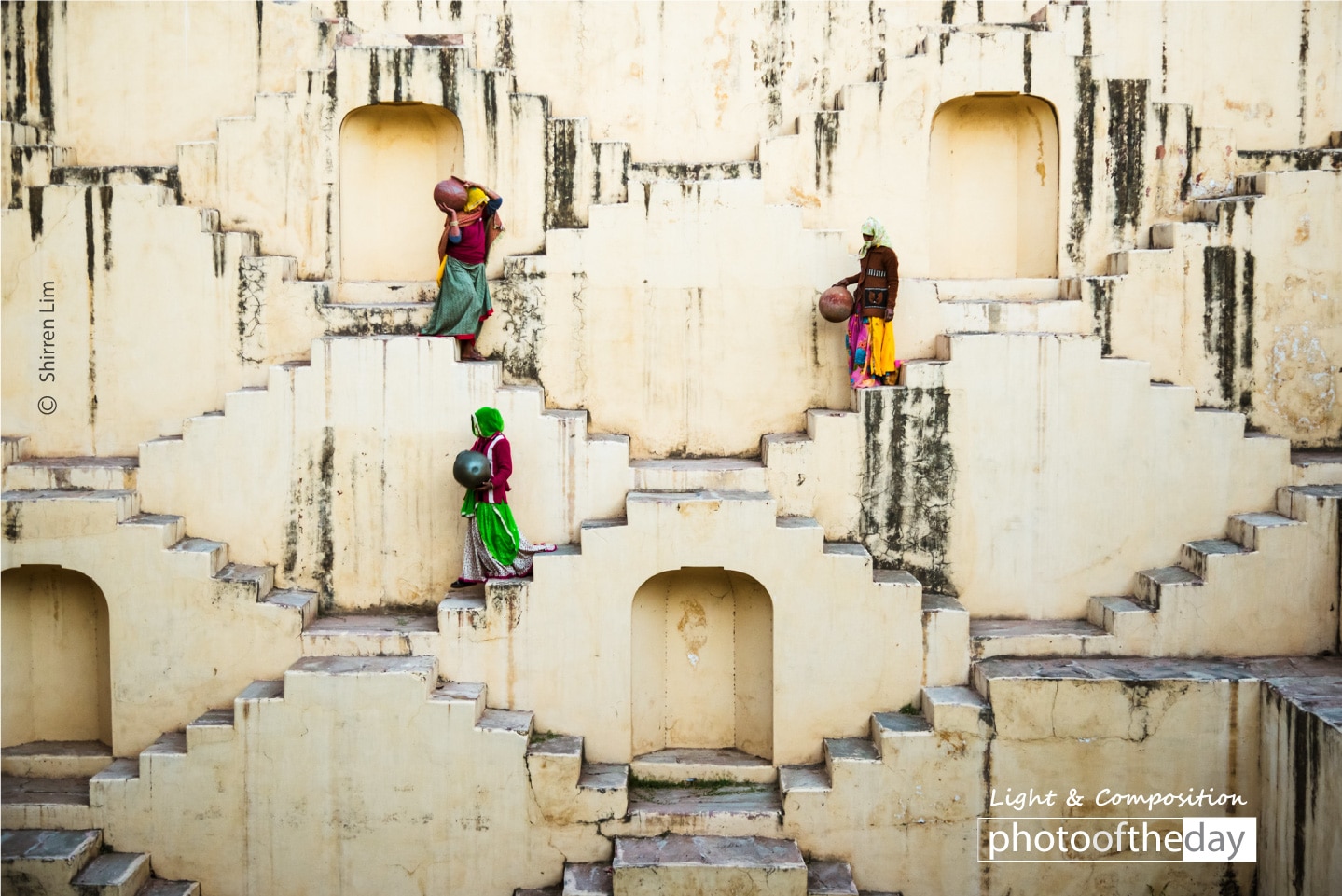 Taking My Photo, by Nirupam Roy