I love this corner. I love the light, the people. It is where Korea Town begins, which is part of what was known decades ago as the “The Tenderloin”. It was the heart of New York’s theater and red light districts. It stretched further north and west encompassing other neighborhoods as well.

Broadway intersects here as well as Greeley Square and Herald Square. There is a subway entrance just behind this man. New York’s “Camera District” or “Photo District”, ran along W. 32nd from Broadway to 7th Avenue. I worked in Camera Barn back then. The famous Olden Camera was on a corner building, just across from where this man is standing, straddling 6th Avenue and Broadway. Nikon always had a large billboard above the store facing north. Now it’s usually an Apple advertisement. 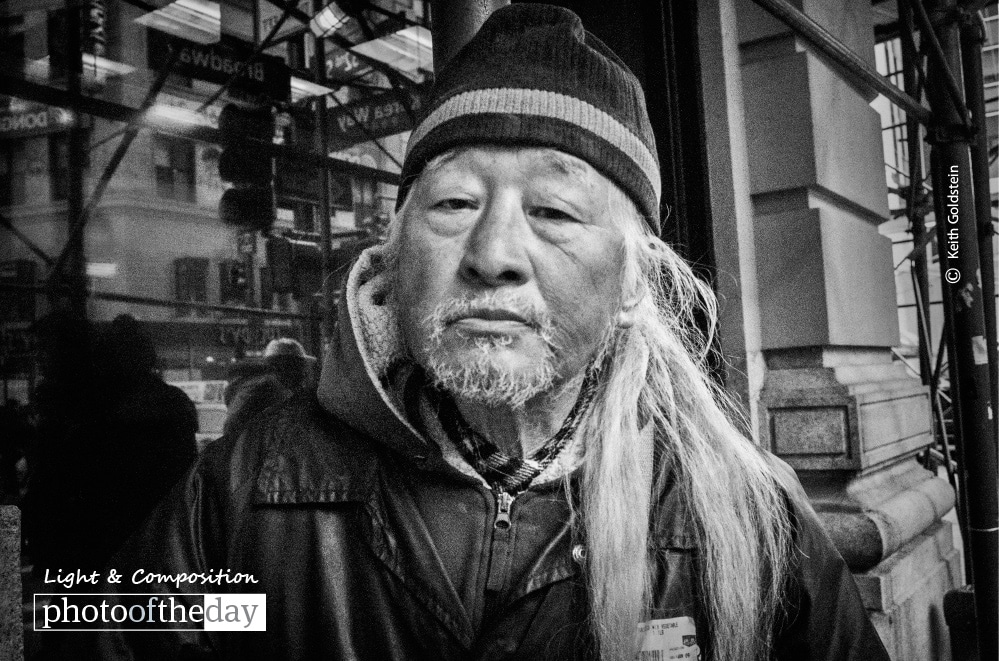 I have so many fond memories of New York from the late 1970s and early 1980s. The grit, grime, the excitement of the streets. The clubs, neighborhood bars. New York didn’t seem to be as crowded then.

Lenny Kaye, the guitarist from Patti Smith’s band lived down the hall from me. Keir and Dimitry from “Deelite” lived on the first floor. A day didn’t go by that I didn’t see Allen Ginsberg, Phillip Glass, Iggy Pop, or even Quentin Crisp taking his evening stroll past the laundromat on my laundry day.

I know the New York of my youth does not exist anymore. I watch the dismantling and gentrification of places I knew and loved. Sometimes we wish we could hold onto things.

I guess, sometimes, this is what I still search for.

Light and Beauty by Hamidreza Zarini

The Moon Jelly, by Ann Arthur

Between Love and Hate