I woke up early that morning to go explore the Sunda Kelapa Port in West Java. The day dawned hot, humid, and dusty. I spent the morning walking, exploring, and generally just amazed at the port side workers going about the day. After a while, I came across this traditional canoe boatman. I spent a good 15 minutes chit chatting with him about his day at this port. This is a photograph of him for me to remember him by. 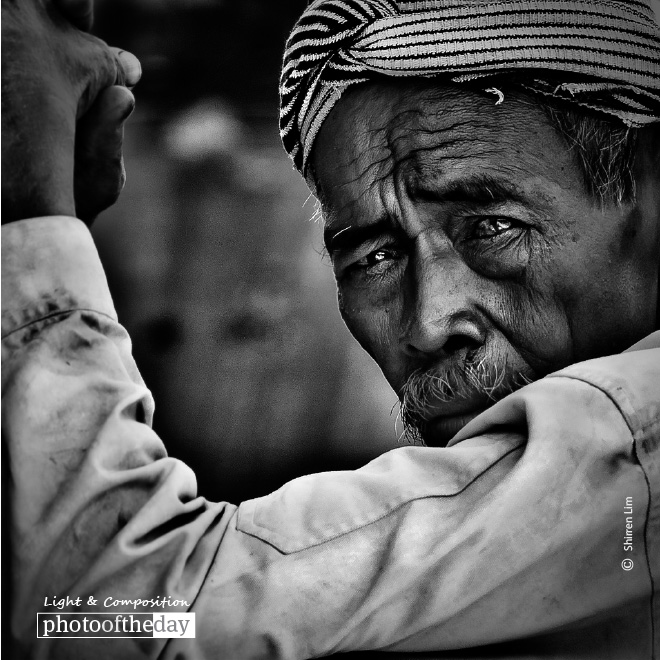 The Girl with a Bundle by Lavi Dhurve