We were doing our city tour and was walking around Ulanbaatar. It was our first day in Ulaanbaatar and we were really feeling the extreme cold. I wanted to capture that feeling. The area with the pigeons provided the space and feeling I was after. I waited until the person crossed in front of me before I took the shot. 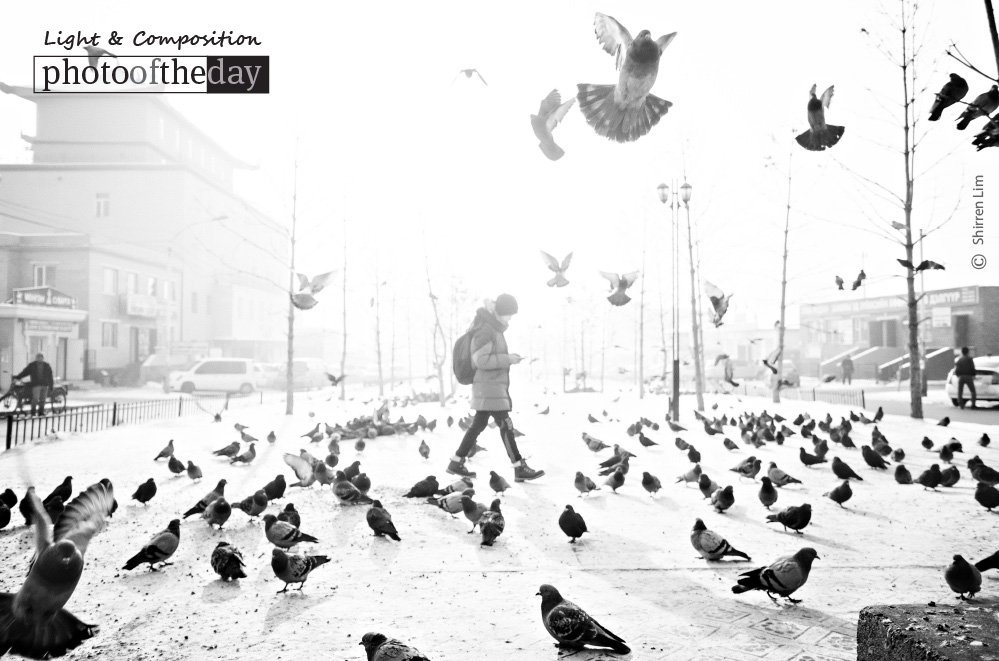 A Sense of Solitude

From the Past to the Present by Kirsten Bruening

The Essence of Life

Coming Through, by Simran Nanwani

Who’s that …?, by Ryszard Wierzbicki
Scroll to top wpDiscuz