We were returning from Florida visiting family. My son Ethan really took a liking to this little airplane flashlight keychain at one of the news stands in the airport. He was 5 at the time and I thought that at least it might keep him occupied for the flight back to New York. He was very much deep within his imagination when I captured this image of him lost in play. 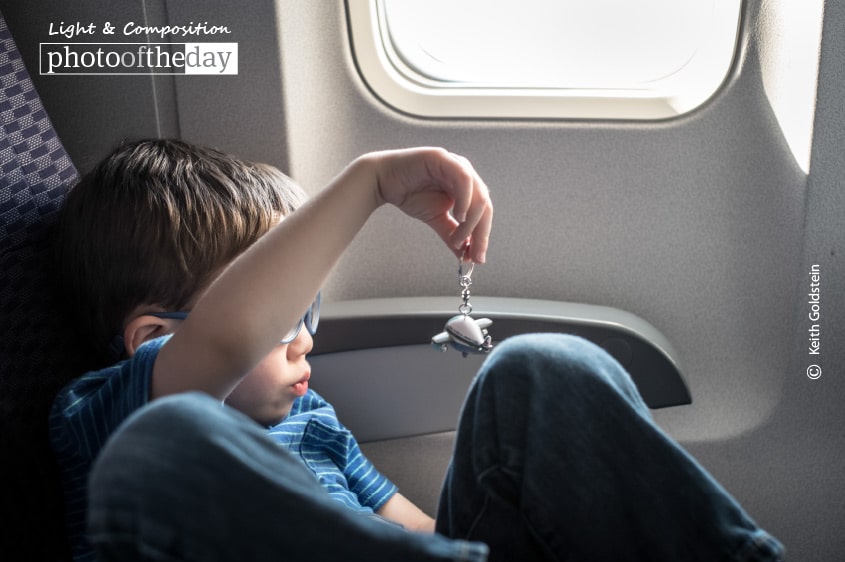 Award Winner: Photo of the Day | July 31
Award Score: 65 (Value 12, Clarity 12, Composition 17, Style 12, Skill 12)
Photo of the Day Award Category: Candid Photography
Photograph Location: Somewhere over the eastern coast of the US on the way back to New York | The United States

Hmong Mother and the Child, by Ryszard Wierzbicki

A Shot from the Back by Jose Juniel Rivera-Negron