I took a portrait of these two kids in black and white when they stood there in the middle of their play and smiled at me. It was on the way from Sunamganj to Tanguar Haor. Tanguar Haor is a unique wetland ecosystem of national and international importance that provide the livelihood for more than 40,000 people, who live in that area. 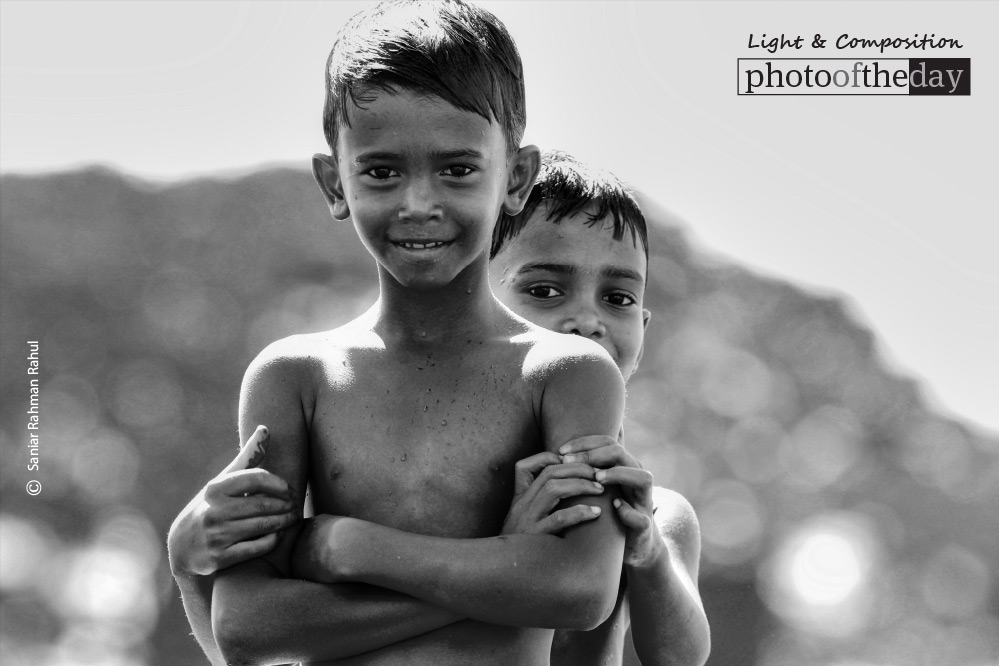 A Street Portrait, by Jabbar Jamil

He Came through the Rain, by Lavi Dhurve

Sunset in Duhok, by Bawar Mohammad
Scroll to top wpDiscuz