Taken at Punakha, Bhutan, the common kestrel is a bird of prey species belonging to the kestrel group of the falcon family Falconidae. Their plumage is mainly light chestnut brown with blackish spots on the upperside and buff with narrow blackish streaks on the underside; the remiges are also blackish. The cere, feet, and a narrow ring around the eye are bright yellow; the toenails, bill and iris are dark. Juveniles look like adult females, but the underside streaks are wider; the yellow of their bare parts is paler. Hatchlings are covered in white down feathers, changing to a buff-grey second down coat before they grow their first true plumage. 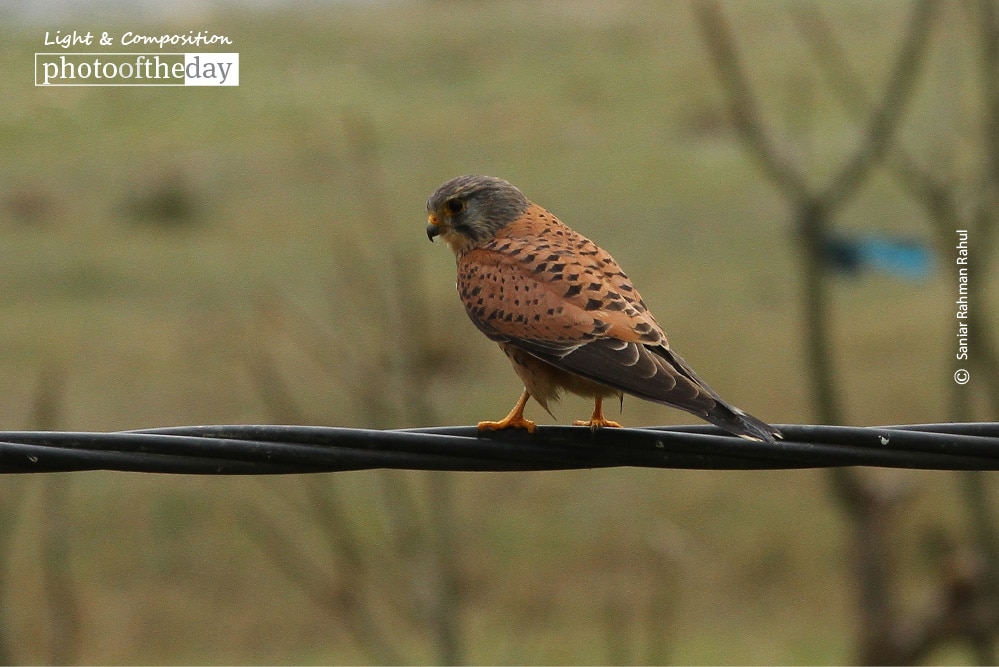 The Monk’s Path, by Ryszard Wierzbicki
Scroll to top wpDiscuz