We were driving our way back from Thimphu to Paro when I spotted this house sitting on top a hill. Much of Bhutan landscape is like this. Houses dotting the sparse winter landscape. I took this picture as a representative of the landscape of Bhutan. 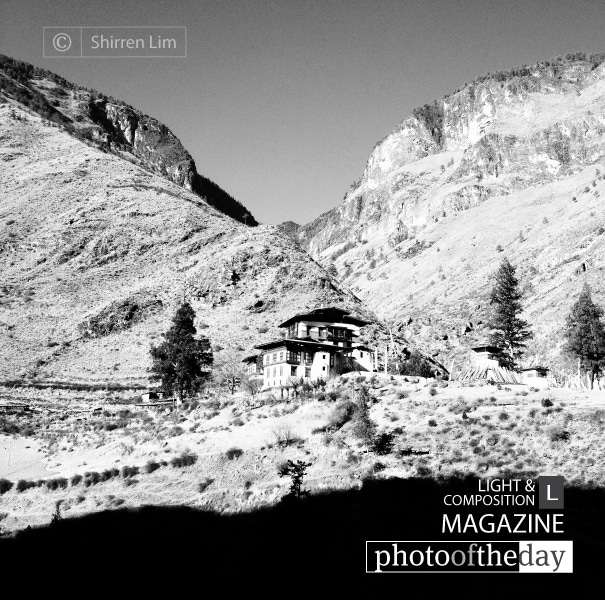 Serenity in Mountains, by Vishal Arora