I found this in our ‘Jayanty’ trip. Jayanty is favorite for tourists and picnic makers, which is also a part of the forest region of Dooars. But now-a-days, the spot is banned for the those persons (i.e. picnic arrangers), who were actually destroying the echo-logical balance by their dirty particles after their enjoyment. Eventually such banning gives us a great opportunity to trace out some new species of butterfly because the place once was called, ‘The Heaven Of Butterfly’. 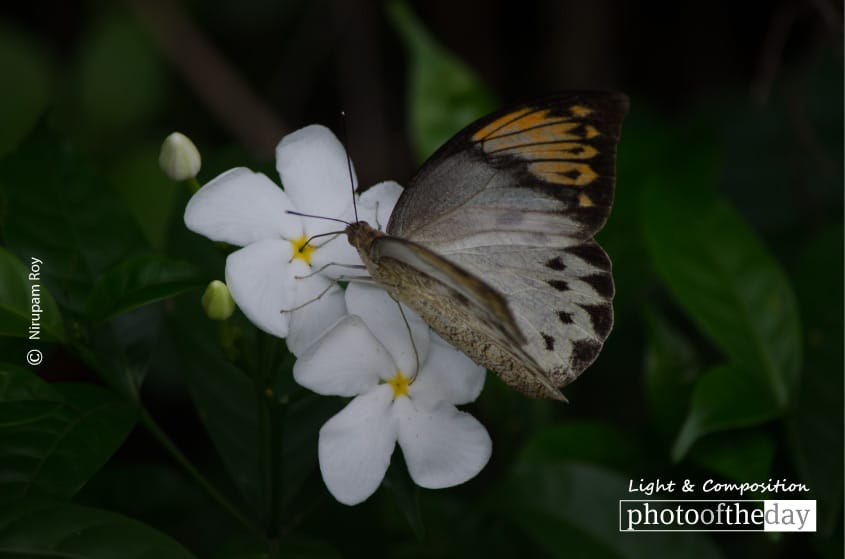 The Monk by Ayen Sharma