While exploring Northern India end 2018 early 2019, I went to explore Amber Fort, well-known for the grandeur that features an amalgam of Hindu and Muslim architectural styles. I went to explore it many complexes and beautiful styled state rooms. One of them happen to have the worker sweeping the floor. I found my composition and waited for her to look at me when I took the shot. 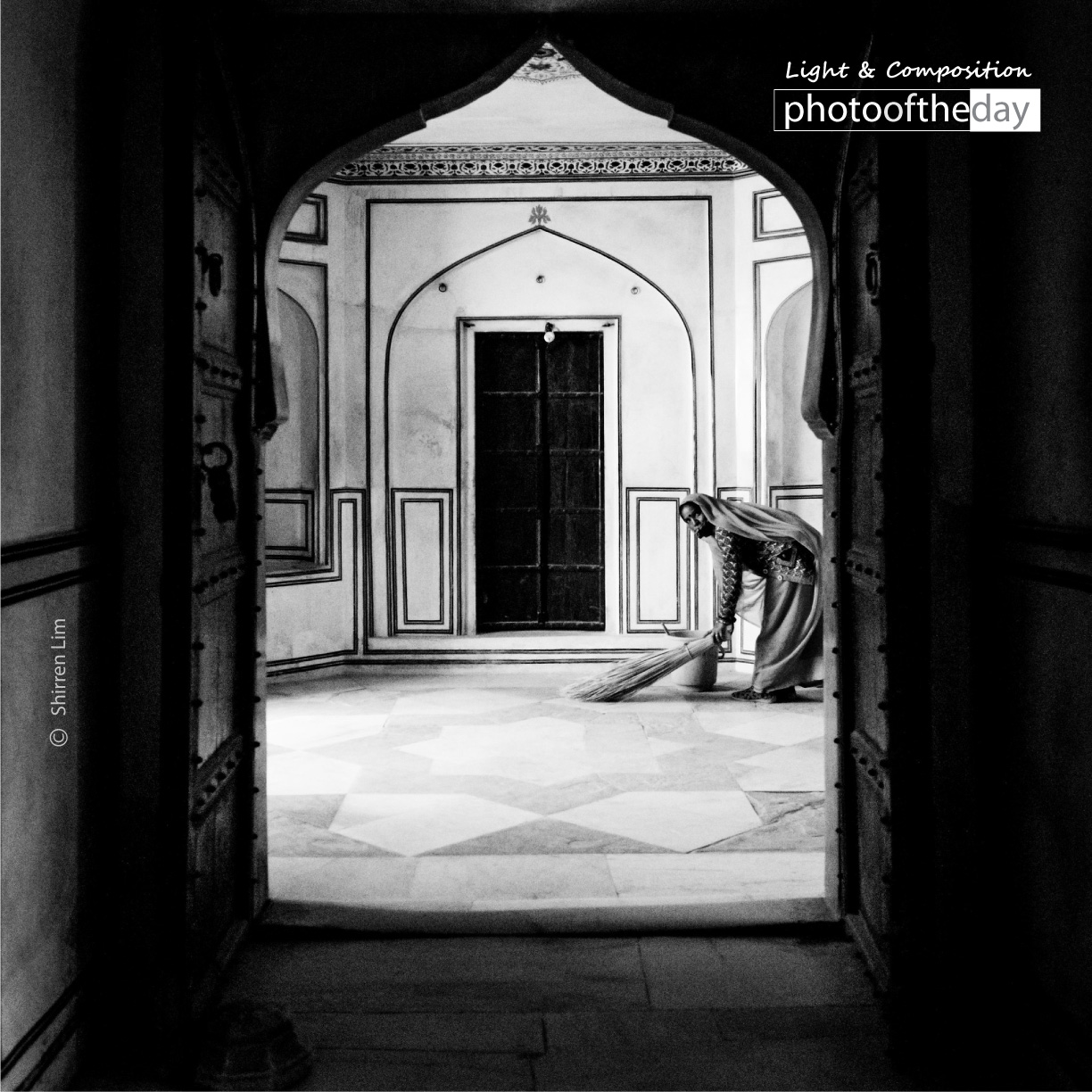 Under Construction by Shri Chandra Satryotomo

Time for a Short Nap, by Sudeep Mehta