In my first visit to Kolkata, I wanted to understand their lifestyle and their culture through my camera. Even though I was carrying my camera most of the times, but didn’t click that much. Then one day when I was in the taxi, on my way home from Park Street, I had the idea of taking photographs with yellow taxi. You know, it’s almost everywhere in Kolkata, especially in traffic signals, when so many things happen around these taxis. This street boy came near my window when my taxi stopped in a traffic light. He was looking at my camera with all his curiosity. I took few of his photographs and showed him the previews, which made him really happy. Even though it was risky to take and show photos to unknowns, but he was just a kid, stranger, just like I was to him. 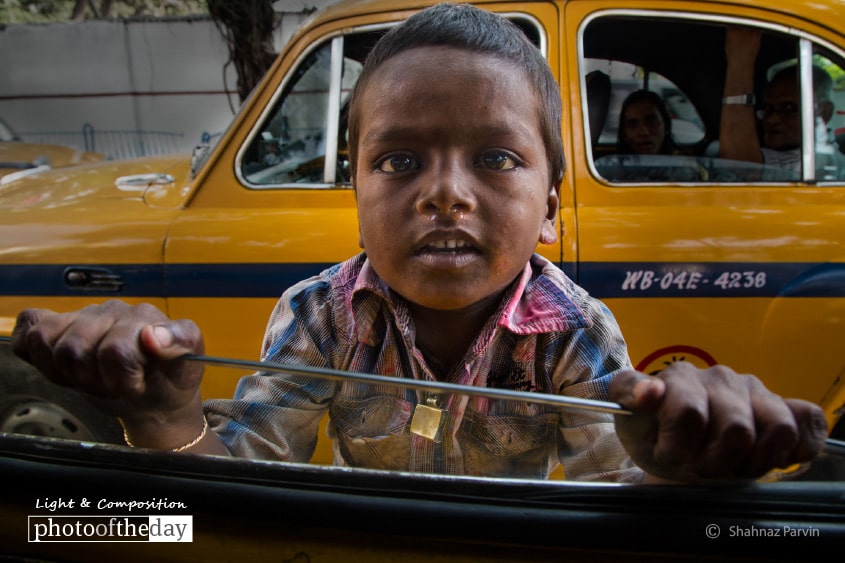 Thinking at the Sunset, by Nirupam Roy

Thanks a lot dear. Glad you like my work :)

I want to have Canon EOS 5D Mark III, how lively the photo came.

I like the portrait and the background, those people were looking at you guys. Nice composition.

Nope u are wrong. You just missed to watch the joy or beauty of Kolkata … and he didn’t ask money … hope next time you will enjoy a lot. :)