While on a recent trip back to Penang Island, I decided to spend my days scouting for old abandoned jetties. I found this structure of sticks and stones at one of the many fishing villages dotting the coast of Penang. 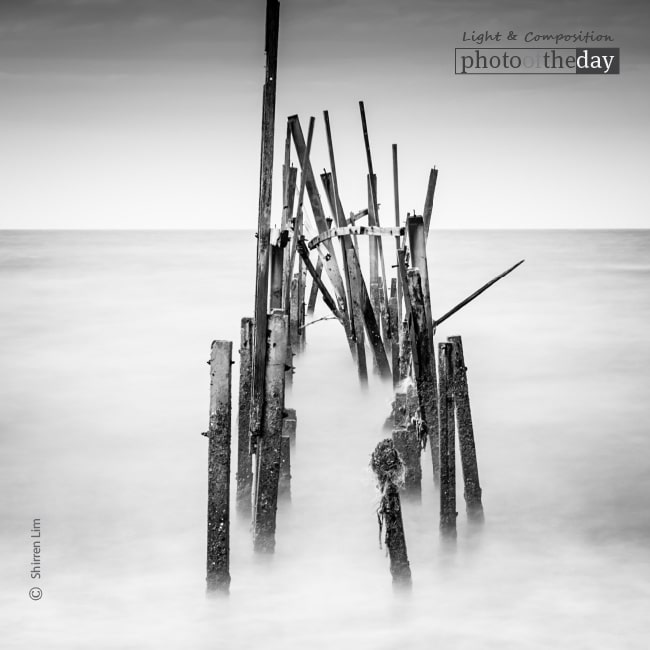