I noticed this woman in hijab up ahead of me as I was walking my son home from. As we walked by, I quickly captured her. I thought she looked strong, majestic, and powerful contrasted against the background of the graffiti on the storefront shutters behind her. 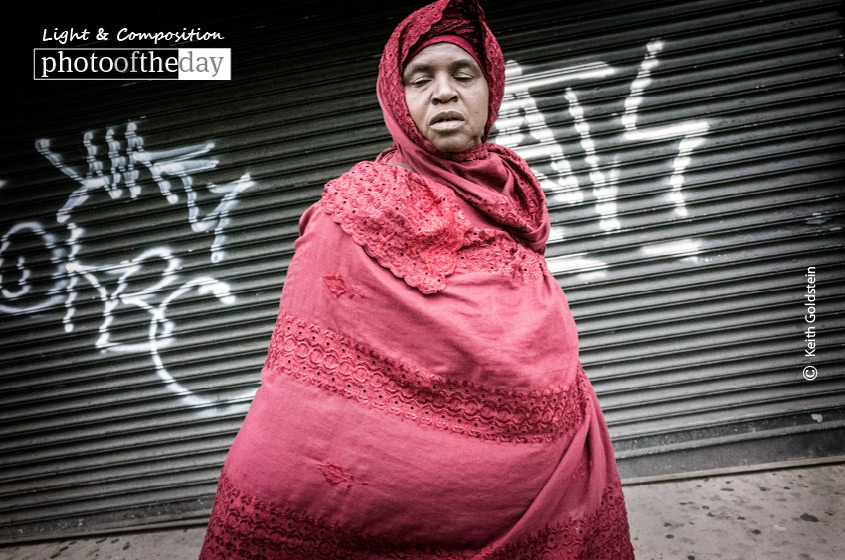 The Wheel of Life, by Shariful Alam

Photographing a Photographer, by Christopher Johnson

To Wish upon a Dandelion, by Tisha Clinkenbeard

Where the Mountains Meet You, by Tisha Clinkenbeard
Subscribe
Login
9 Comments
Newest
Oldest Most Voted
Inline Feedbacks
View all comments

What a splendid and excellent photo.

The photo is beautiful!