I am always fascinated by the interplay of light, reflections and their surroundings. Having a human element is a plus. It was taken in my neighborhood of Hamilton Heights, the northwestern edge of Harlem. I had just come up out of the subway exit. There is a bus connection, kiosk right near the entrance/exit. I saw this immediately and just loved the light falling on this woman and the interplay of the reflections of the bus stop kiosk glass. 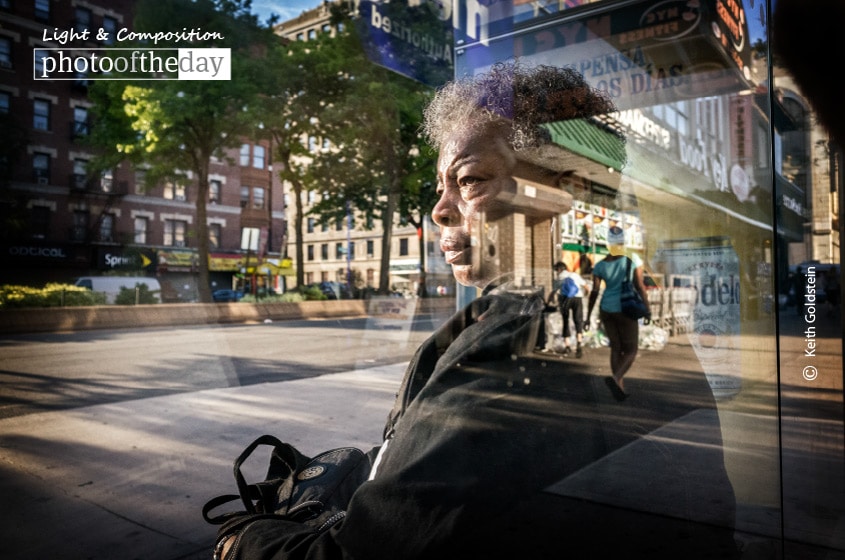 Across the Winter Landscape, by Ronnie Glover

Have You Ever Been There?
Scroll to top wpDiscuz