I shot this photograph while visiting Jokhang Temple. I happen to be walking by and observing the many people praying when I spotted this lady deep in prayer. 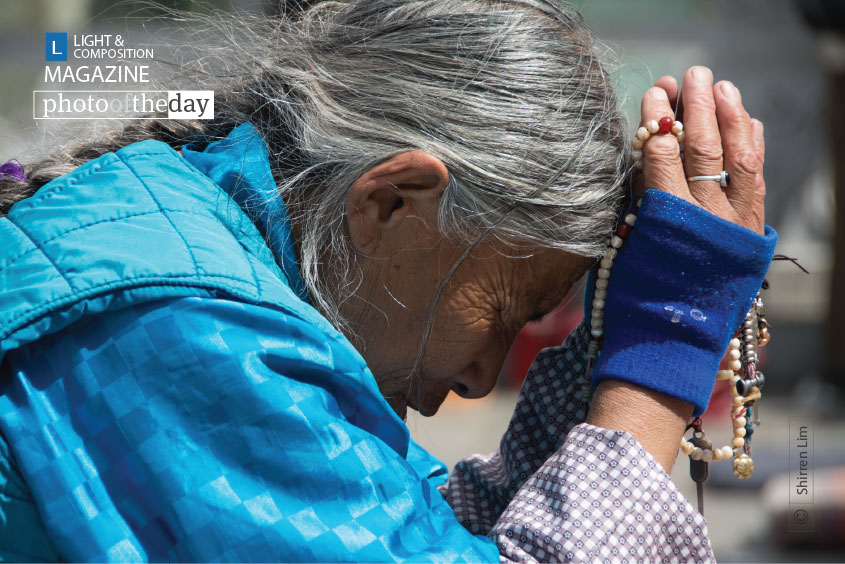 Subscribe Now
The Edge of a Rose’s Foliage, by Dawid Theron

Photo of the Month | 51st Month
Scroll to top wpDiscuz