We did family vacation trip to western states of USA in October 2012. We were driving on a beautiful sunny day from Bryce National Park to our next destination – Zion. The road was amazingly picturesque – across fields and mountains, crossing valleys and rivers. I made stop at one of the locations, where I saw nice contrast between green field, early golden trees and rock of mountains in the background. I used telephoto lenses to bring in scale and height of mountains into the frame. 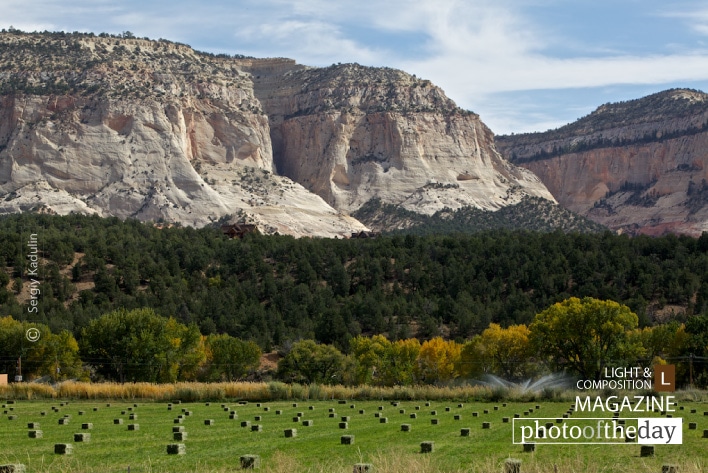 Rocks at the Gate, by Joe Azure

A World of Octobers by Anna Cicala